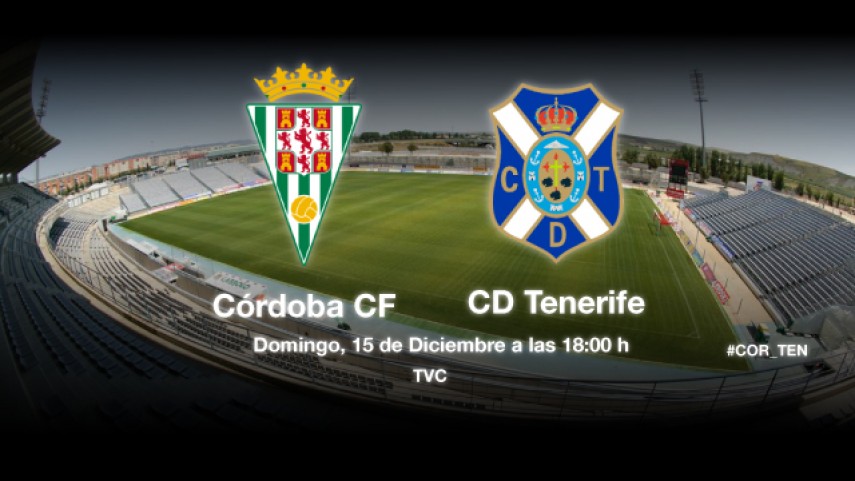 Too close to call in the Nuevo Arcángel

Córdoba CF and CD Tenerife meet on Sunday in an intriguing clash in which both will be hoping to forget about the Liga Adelante danger zone and set their sights on the top half of the table. They currently lie in 13th and 14th place, respectively, with 23 points apiece.

The Andalusian side are in real need of a result. They have now lost three consecutive matches and their fortress, the Estadio Nuevo Arcángel, received a blow from FC Barcelona B two matches back. Their coach, Pablo Villa, spoke of the Canary Islander's current form: “Tenerife have not lost for eight matches, but the stats are only an indication. It is a good litmus test to see how we measure up against a team that are on form”. He will be without the suspended Mendi, but important players such as Xisco and Raúl Bravo may be back in the fold.

Álvaro Cervera, Tenerife's manager, recognised in the press conference that his team are playing well away from home, but he respects his opponent: “Córdoba is a good team, they have pace and skill. A clean sheet is very important to me. Some teams come into matches under pressure but they are able to come through it”. The most notable absence for his side is that of Raúl Cámara, who is serving a ban.