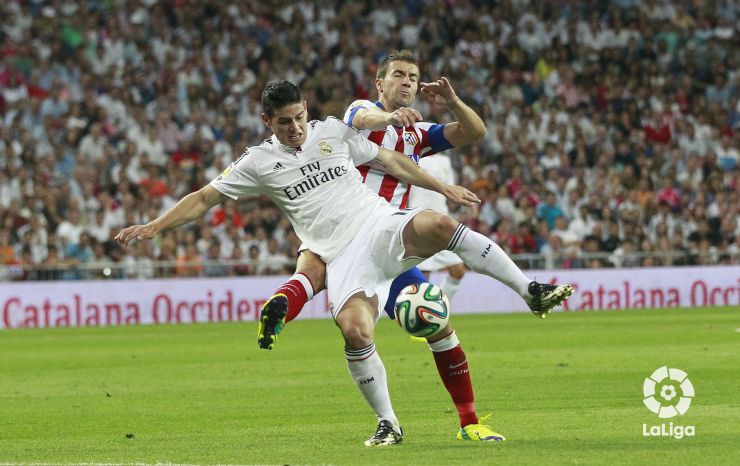 Tie to be decided in the Vicente Calderón

Real Madrid and Atlético drew 1-1 in the first leg of the Supercup of Spain and the title will be decided on Friday at the home of the Rojiblancos.

Real Madrid CF and Club Atlético de Madrid drew one-all in the first leg of the Supercup of Spain, which took place in the Santiago Bernabéu. The Whites took the lead in the 81st minute, but Diego Simeone's side pulled one back in the dying breaths and the title will be decided in the Vicente Calderón on Friday.

After an emotional tribute to Alfredo Di Stéfano, the Santiago Bernabéu witnessed a very tight first half. The first chance of the game came after eleven minutes with a shot from Gareth Bale that was deflected wide, and moments later Saúl Ñíguez tried is luck, but Iker Casillas was up to the task. Later, Real Madrid tried to take the initiative and cause problems for their opponents on both wings, but the Rojiblancos proved solid and the scoreboard stayed unchanged in the first half.

It was a similar story after the break. Still neither team was able to take control, although Bale, again, had the best chance so far with a shot across the goal that Miguel Ángel Moyà stopped with a great save. After several dangerous attacks, Real Madrid's efforts were finally rewarded when the clock read 81, with James Rodríguez cropping up to make it 1-0. As the game was drawing to an end, Raúl García sealed the 1-1 scoreline, leaving the tie completely open.