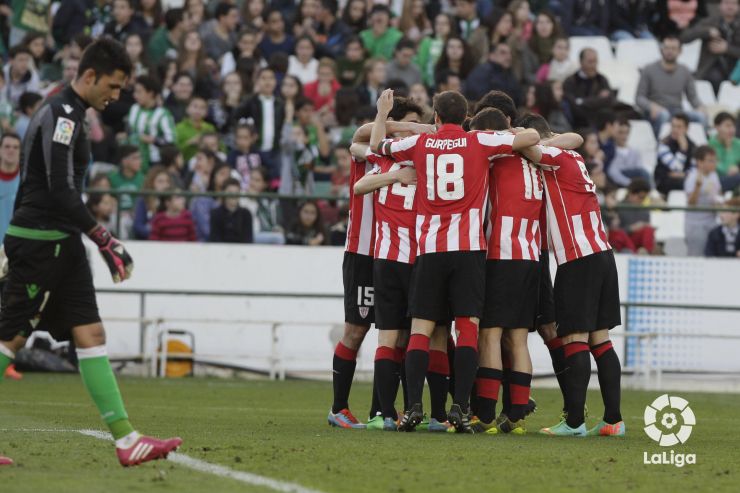 Athletic, Sevilla and Valencia continued their struggles to reach the European spots on a day in which Atlético were well beaten by Osasuna.

CA Osasuna provided one of the big stories of the day with a crushing victory over Club Atlético de Madrid (3-0) in a match that was decided in the first half. Only the rojillos looked like winning in the game against the rojiblancos, who end the day in third place in the league.

It was Sevilla who played the first game on the Sunday at the Vallecas Stadium with a narrow victory over a Rayo who continue to fight without success to avoid relegation. Coke Andújar, a former Rayo player, scored the winning goal to end his team’s run of six games without a win. The 35 points that the Seville team now have mean they keep alive their hopes of qualifying for Europe.

Valencia are on the same number of points as Sevilla and they had to dig deep to overcome a Granada CF who made it difficult for Juan Antonio Pizzi’s side in front of the home crowd. It was Rubén Vezo who, scoring his first goal for Valencia in injury time, secured three points for his team. Like Sevilla, Valencia will remain just below the European spots for another week.

Earlier on, Athletic had battled it out at the Benito Villamarín stadium to earn the three points that would help them defend their fourth place in the league. Goals from Iker Muniain (penalty) and a young Guillermo nine minutes from the end secured victory for the rojiblancos against a Betis that remain bottom of the Liga BBVA.