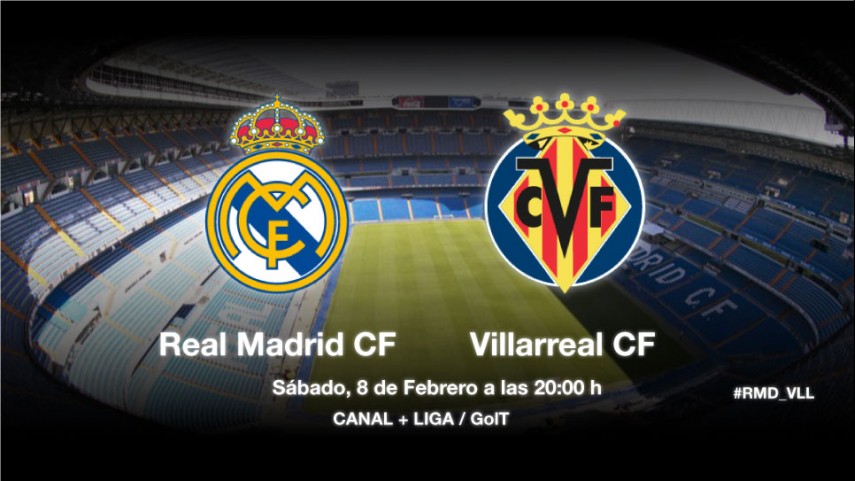 Three points to carry on the run

Both Real Madrid and Villarreal need the win to maintain their season’s objectives.

Real Madrid CF host Villarreal CF in the 23rd round of Liga BBVA in one of the more appealing games on Saturday. The side from the capital cannot afford to lose ground in the title race, whilst the side from Castellón are battling it out for fourth.

The message coming out of the Real Madrid dressing room is to win in order to get to the top. Level on points with FC Barcelona, Carlo Ancelotti's side will have the chance to keep the pressure on with a win against Villarreal.

Without the suspended Cristiano Ronaldo, and injured duo Casemiro and Khedira, Carlo Ancelotti explained that follow the efforts in the Copa del Rey against Atlético, "there are players who haven't recovered, like Xabi Alonso, Ángel di María and Pepe, who won't play". Also, the Italian affirmed that the key to the game will be "maximum intensity and concentration".

For their part Villarreal, who have never won at the Santiago Bernabéu, travel to Madrid with a lot of absentees. Juan Carlos, Cani, Pablo Iñiguez, Ikechukwu Uche and Óliver Torres will miss the game due to injury, whilst Tomás Pina is suspended. Marcelino García Toral said that "in Madrid you have to be perfect", adding "aside from their quality, they have great physical powers and they tackle hard and beat you there".