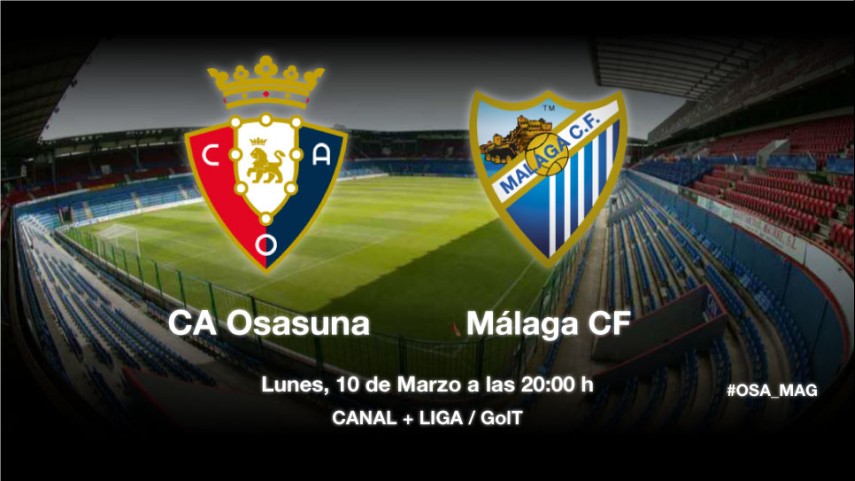 Osasuna and Málaga, two direct rivals in the fight for salvation, will both be going all out for victory.

Matchday 27 of the Liga BBVA will culminate on Monday with two passionate clashes and one of them will see two direct rivals clash in their fight to stay up: CA Osasuna and Málaga CF. Two sides that are looking for a win that will help them achieve their goals.

Javi Gracia's side come home after having their three-match unbeaten streak cut short by a 2-0 defeat to Levante UD. The rojillos manager, well aware of the importance of the match for his team, has called up the entire squad. "The best thing we can do is be excited about the possibility of reaching eleventh position rather than worrying about the fact that relegation is just three points away", he stated.

For its part, the Andalusian outfit has not won in its last four matches and will be under pressure to produce. "Tomorrow we have another chance to climb the table. We will be giving everything to get a win in Pamplona", said Bernd Schuster, Málaga's manager. If the blanquiazules manage a return to winning ways they will draw level with the home side on 29 points.