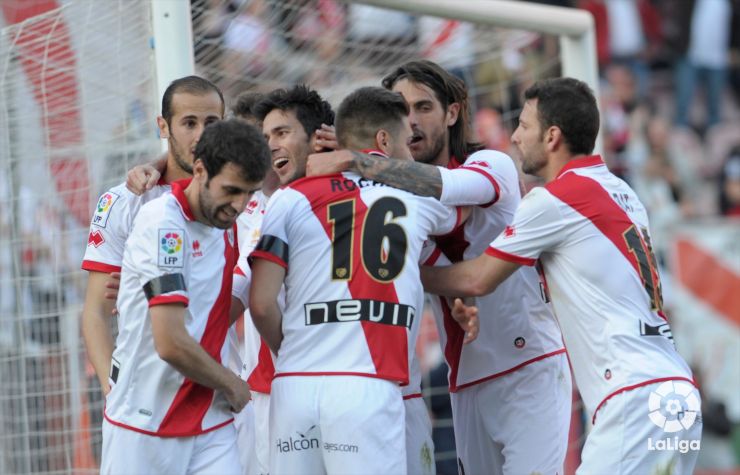 Paco Jémez equalled Juande Ramos as the coach with the most wins on a day on which Larrivey starred once again in Vallecas.

For the Vallecas faithful, the last three games have breathed life back into their dreams of staying up. To the joy of their fans, the Rayo Vallecano squad has recorded a clean sweep of victories in its last three matches, meaning that the side has escaped the relegation zone and has a two-point cushion over Real Valladolid CF, the team on the edge of the danger zone.

The three wins have also led Paco Jémez to equal Juande Ramos as the manager with the most victories at the helm of Vallecas in the history of the Liga BBVA. Jémez, with 25 wins in 66 matches is about to surpass the manager from La Mancha who led the team between 1998 and 2001 (25 wins in 76 matches). During the season, Rayo has been praised by all of its opponents for its courage and brand of football, work for which Paco Jémez is largely responsible and which received its just deserts last weekend against UD Almería on matchday 28.

The win over Almería, a direct rival in the fight for survival (3-1), the heroic victory over Valencia CF (0-1) and Rayo's spectacular comeback in the Anoeta against Real Sociedad de Fútbol (2-3), all have a common denominator: goals from Joaquín Larrivey. The Argentinian striker has refound his eye for goal just when his team needed him the most. Four goals in the last three matches make him the team's top goal-scorer together with Alberto Bueno, both with eight.

The upcoming matches will be crucial for the future of Rayo. After beating a direct rival, the Madrid side will visit Valladolid and then host CA Osasuna in the capital, two teams who are with them in the fight to stay up. Victory in these matches could take the team a long way towards its final objective.