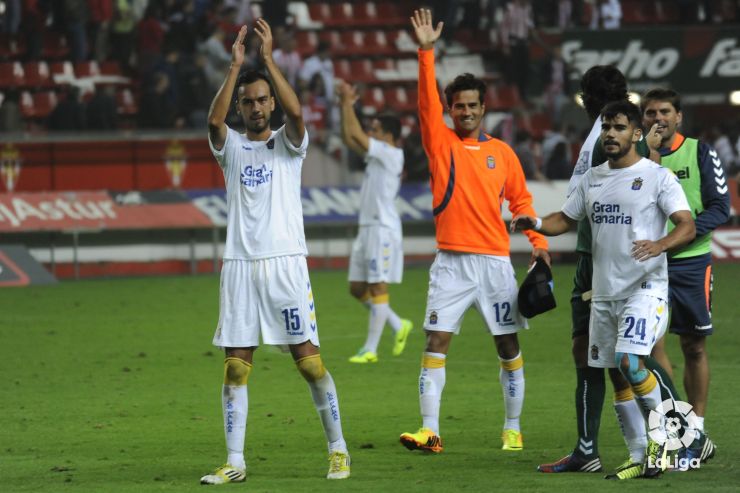 Recreativo and Lugo, first and second, respectively, together with Tenerife, were the only sides who managed to win at home in a competition that is turning out to be very competitive.

Matchday 11 of the Liga Adelante was not a very productive one for the teams playing at home; in eleven matches, only three finished with a home win.

RC Recreativo de Huelva continued its dominance at the top with a 3-1 win over RCD Mallorca. The team from Andalusia is six points ahead of second place CD Lugo, and have a seven-point lead over third, Real Murcia CF, which is where the playoff zone begins.

Lugo managed to climb to second place, which grants automatic promotion, with its 1-0 win over CE Sabadell FC, while Murcia salvaged a point in injury time against Córdoba CF, who lie in fourth. Elsewhere, UD Las Palmas, with three goals from Chrisantus, became the first team to beat Real Sporting de Gijón in El Molinón this season.
Despite a 2-0 loss to CD Tenerife, RC Deportivo de La Coruña is still in the playoff spots, while the same cannot be said of Real Zaragoza after it threw away a two-goal advantage against Deportivo Alavés.

Meanwhile, SD Eibar beat FC Barcelona B 2-0 and is closing in on the top part of the table and Real Jaén CF has escaped the relegation zone by beating Hércules CF 0-1 in what was its third victory in the last four matches.

Finally, CD Mirandés ended its run of two consecutive losses by drawing with CD Numancia and AD Alcorcón and Girona FC both failed to get off the mark in Sunday's last match (0-0).