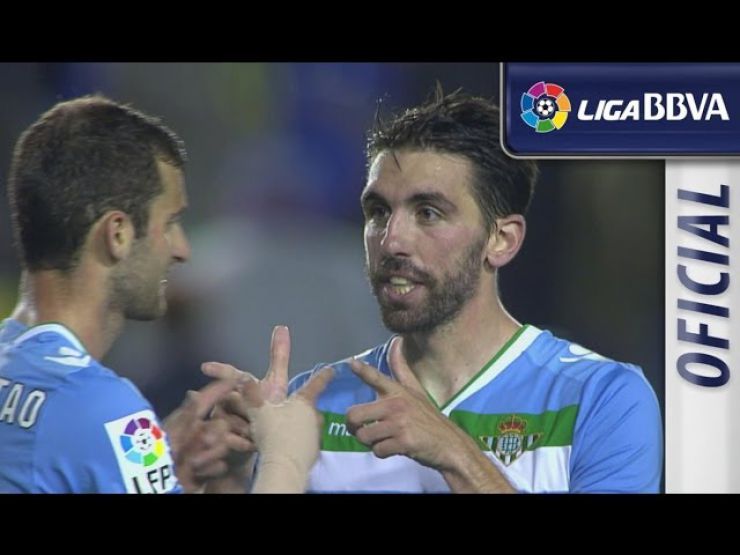 The turnaround has a name: Jorge Molina

The reappearance of the forward revitalised things for Betis, who after beating Levante away from home, keep their chances of staying up alive.

Real Betis picked up three valuable points in the Ciutat de València against Levante for a Liga BBVA matchday 30 clash full of excitement and goals.

Levante got off to a good start - applying plenty of pressure and causing problems in Antonio Adán’s area - but some sharp thinking by Salva Sevilla, who followed up on a Rubén Castro, opened up the scoring and meant that Caparrós’ men had to redraw their plans. The Valencian side took a while to mount a fight back and their tempo began to drop, however, Pape Diop gave the home team a glimmer of hope by finishing off a counter-attacking move to level things before the break.

During the second half, both sides’ necessity to win allowed for an extremely open encounter. But Betis was the smarter of the teams and was able to make the most of Jorge Molina’s cunning to kill off the tie. The striker scored with his first touch after coming on, and then went on to provide an assist for Rubén Castro, who got the Seville side’s third of the night. This result restores some faith in the Andalusian outfit and hampers Levante’s chances of European qualification.