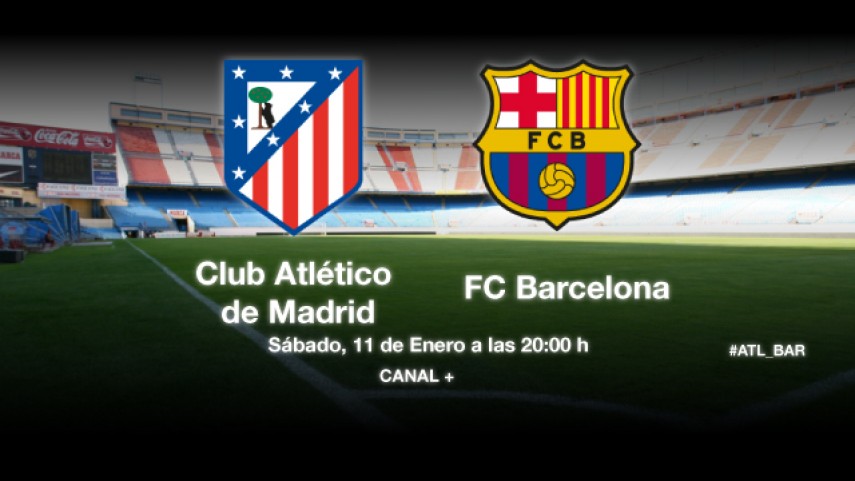 The top two meet in the Calderón

The Red and Whites' ground will bring a close to the first half of the Liga BBVA season with Atlético playing host to Barcelona for matchday 19 of the competition.

The first half of the Liga BBVA season comes to a close with one of the biggest matches in Europe. The Vicente Calderón will open its doors for Atlético Madrid to play host to Barcelona, the Madrid side’s main rival at the top of the league table.

Diego Pablo Simeone, the home side coach, will stick to his philosophy ahead of this crucial tie: "We live in a reality that gives us possibilities, and that of course is focusing on one game at a time", the former Atlético player declared. 'Cholo' also dismissed claims that this match is "a final, but it is a hugely important Liga BBVA game".

Meanwhile, Barcelona will be looking to build on its good run of form in the Red and Whites’ stadium, where the Catalans have not been defeated in the Liga BBVA since the 14th of February 2010. The biggest news ahead of this match is the return of Lionel Messi to Gerardo Martino’s line up after being sidelined for two months. Barca’s Argentine coach was of a similar opinion to his counterpart, saying the encounter is"important, but not decisive".