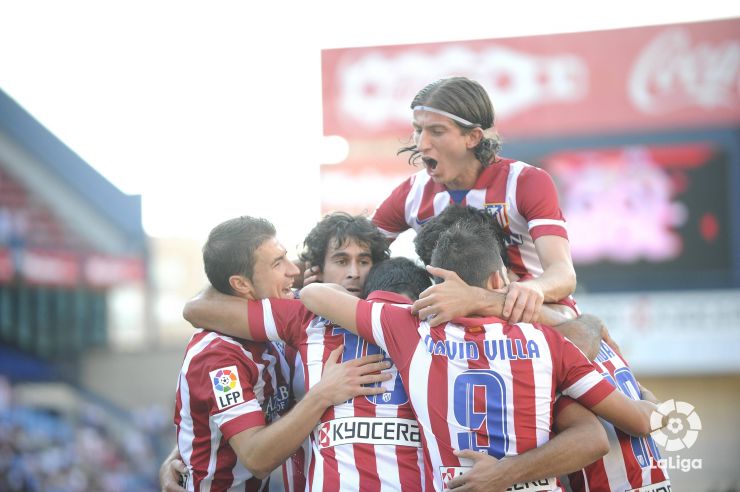 The success of continuity

The good times that Atlético de Madrid have lived over the last few years is largely due to them securing the futures of important members of the team.

The good times that Club Atlético de Madrid have been enjoying over the last four years is a reflection of the continuous work with the same core of players.

The capacity of reinvention that the Madrid side has is a key factor in the recent success it has enjoyed. Despite the fact they have lost stars, players like Diego Costa and Koke have grown, in addition to the arrival of new faces like David Villa. All this in a side that continues to maintain a solid group of players who guarantee the club a promising future.

The spine of the team which holds the group together is well defined. Thibaut Courtois is in goal, Diego Godín in defence, Gabi in the centre of the park and Diego Costa up front. Around them there are a number of players who add to the side, with all players singing from the same hymn sheet as their manager, Diego Pablo Simeone.

It was the manager who was the first to sign a new contract with the side, demonstrating security on the bench and confidence in the project. Since his arrival at the Estadio Vicente Calderón, 'Cholo' has won a Copa del Rey, a UEFA Europa League and a European Supercup. In addition, he has turned his side into a genuine Liga BBVA force alongside FC Barcelona and Real Madrid FC.

Later, in June 2013, the club prolonged goalkeeper Courtois' loan for another season, and the imposing Belgian is like a wall in between the sticks. Then, following the sale of Ramadel Falcao, the club convinced top goal scorer Diego Costa to sign a new deal until 2018. Following the Brazilian, Atlético also got three of their most promising academy graduates of recent times Koke, Óliver Torres and Javier Manquillo to commit to the club.

Juanfran Torres and Arda Turan were the next to put pen to paper at the Red and Whites, extending until 2017. The Spaniard arrived as a central midfielder but has converted himself into fine right back at the Vicente Calderón, whilst the fans worship the Turkish international. Finally, another key member of the team, Uruguayan Godín signed for four more years, ensuring that Atlético have the continuity necessary to carry on growing in Liga BBVA.