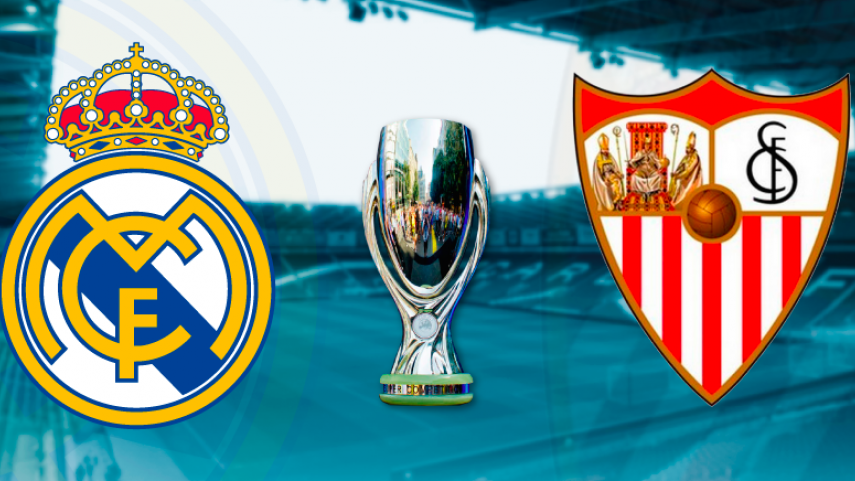 The stars of the UEFA Super Cup analyse the clash

Unai Emery, Fazio and Beto, of Sevilla, and Carlo Ancelotti, Casillas and Bale, of Real Madrid, share their thoughts on the important game.

Hours before things get underway in the Welsh city of Cardiff, where Real Madrid CF and Sevilla FC will be battling it out for the UEFA Super Cup at 20:45, some of the biggest stars of the match appeared in a press conference to share their ideas and impressions on the first title of the season.

Unai Emery, the manager of the Andalusian side, was the first to analyse the clash in the company of two of his players: defender Federico Fazio and goalkeeper Beto. The coach called being able to play in the match "a bonus" and was optimistic in the press room: "We are very happy with our preseason, but we know it will be different. Real Madrid will be the biggest test, the biggest challenge, but we are prepared and sure of ourselves".

"We have to win every move, every challenge. We have to work as a unit and play a complete game", commented Fazio, one of the key players in Sevilla’s 2013/14 UEFA Europa League 2013/14 victory. For Beto, the hero of the penalty shootout in the final in which the Andalusian team beat SL Benfica, it will be "a unique moment for a lot of the players" in which they must "respect the opponent" but believe in their "quality and chances".

For his part, Real Madrid's manager, Carlo Ancelotti, was accompanied by keeper and captain Iker Casillas and winger Gareth Bale, for whom it will be a special match as he returns to his native city. The Whites’ coach was positive when he spoke to the media: "The team is fine. Some players arrived late, but training was very good this week. I'm happy, I think the team is ready to play this match at full throttle".

After winning the UEFA Champions League and the Copa del Rey last season, the Madrid side will now bid to win their first title of the season. "Both my teammates and I have the obligation of winning again. The reality is that we must win another title to boost our morale", underlined Casillas. Finally, Bale was clearly happy to be playing this European Super Cup in Cardiff, although he said he felt no "pressure" upon his return home.