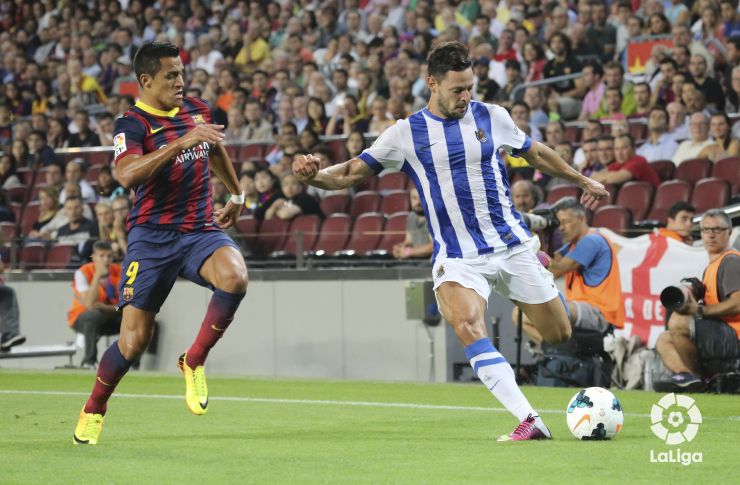 The second finalist is to be decided in the Anoeta

Real Sociedad and Barcelona meet on Wednesday for a place in the final of the Copa del Rey, which takes place on the 19th of April.

FC Barcelona will be looking to seal their passage to the final of the Copa del Rey against a Real Sociedad de Fútbol who are still confident they can come back. The Catalonian side starts the clash with a 2-0 advantage thanks a strike from Sergio Busquets and an own goal from goalkeeper Eñaut Zubikarai in the first-leg of their semi-final clash in the Camp Nou last week.

The blaugrana arrives at the Anoeta stadium for the second leg of its cup clash having just returned to the top of the Liga BBVA, where it looked to be back to its best against Sevilla FC (1-4) last weekend. In addition, it does so with an all-star line-up since Gerardo Martino has a full arsenal for the game. Jordi Alba and Javier Mascherano are back after their one-match ban in the Liga BBVA, while Neymar has recovered from an injury.

For his part, Jagoba Arrasate, will be without international player Iñigo Martínez after his sending off in the Camp Nou. Also, Dani Estrada and Esteban Granero are both out due to their respective injuries. Even so, the txuri-urdin's coach is confident that it will be a historic night for the Basque outfit: "I am aware that it is very difficult, but there is a chance. To achieve it, belief is essential and the team look good and really psyched up".