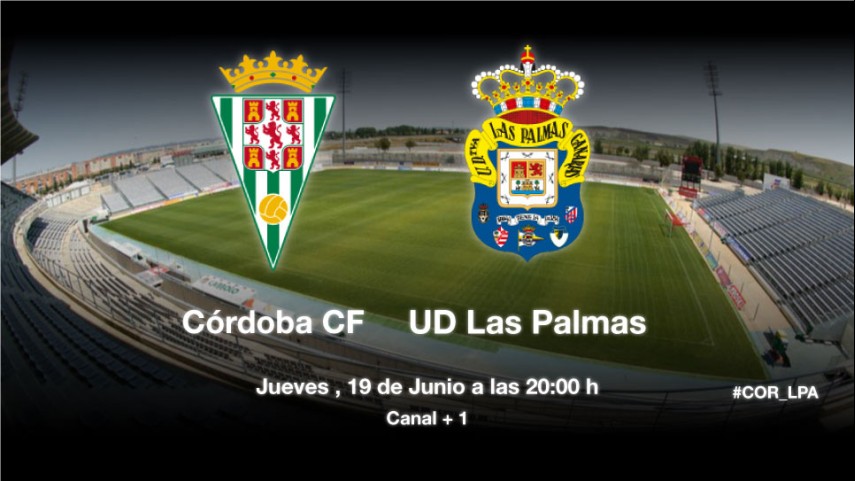 The road to glory

Córdoba and Las Palmas clash in the first of two matches that will decide the final team to go up to the Liga BBVA this season.

The moment of truth has arrived. After a tight and exciting competition, the Liga Adelante is 180 minutes away from knowing who will accompany SD Eibar and RC Deportivo de La Coruña. Two teams, Córdoba CF and UD Las Palmas, will battle it out for the dream promotion.

It is a dream that has taken more than 40 years to return to Córdoba. The Andalusian team won its last promotion to the Liga BBVA in the 1970-71 season, since then, the Blanquiverdes had spent time in the Segunda División B and the Tercera División. These difficult years seem to have given Córdoba the strength to reach the promotion playoffs.

Albert Ferrer spoke of his confidence in the team in a press conference: "They look calm, and if they are, I am too". The Catalan manager, who could have a full arsenal at his disposal for the game, added that "it is a 180 minute tie and we are confident we can do it".

First they will have to overcome UD Las Palmas, sixth in the Liga Adelante, who left Real Sporting de Gijón in their wake en route to the final. The Canary Island team were last in the topflight in the 2001-02 season, and have since had to fight their way out of the Segunda División B to reach the Liga Adelante, where they will be fighting for the last spot for promotion to the Liga BBVA.

Josico spoke of the feeling in the dressing room before the game and the importance of playing the second leg in the Estadio de Gran Canaria: "Playing with our people, who are very excited, like everyone, is very important", and added "we are very close to playing in the Liga BBVA again".