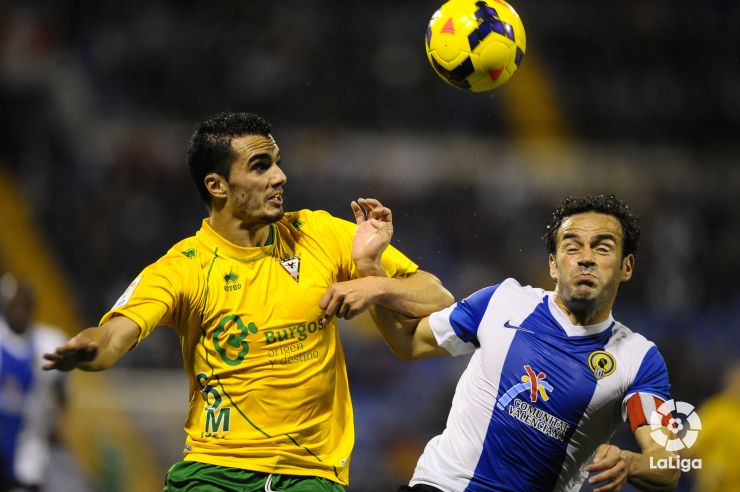 Ten teams are still battling it out to stay up in the Liga Adelante for next season with just two matchdays to go.

The Liga Adelante heads into the final stretch of the season and so far only two teams have managed to secure their future for next year. SD Eibar sealed promotion to the Liga BBVA, the club's first time in the Spanish topflight, while CD Numancia wrapped up safety in the Liga Adelante last weekend.

With just two matchdays left to play, ten teams are still fighting for survival in the division after a gruelling campaign that began in August and until now, nine months down the line, only the most fortunate sides have managed to sew up. Real Zaragoza, CD Lugo, SD Ponferradina, CD Mirandés, Real Jaén CF, RCD Mallorca, Real Madrid Castilla, Girona FC, Deportivo Alavés and Hércules CF are all still involved in the relegation scrap. Six places for ten hopeful clubs.

The Herculanos have the toughest task on their hands. The Valencian side, bottom of the league with 42 points, will need to win all six remaining points and hope that their direct rivals fail to do the business in order to remain in the Liga Adelante for another year. In fact, even with a victory away to Mirandés this weekend, Hércules could still go down if the other teams around them do not drop any points.

It is a similar situation Alavés and Girona find themselves in. The Basques and the Catalans are both on 45 points, trailing Mallorca by two, a gap that separates the relegation zone from safety. A win for the Balearic side and a negative result for either of these teams would make it mathematically impossible for them to stay up. Up next Girona take on Ponferradina, another club fighting it out for survival, while Alavés will meet Numancia, who secured their place in the division for another season last weekend.

Of all the teams currently in the drop zone, Castilla have the best chance of climbing out in time to ensure their safety in the Liga Adelante for a second year in row. However, up next they will face CE Sabadell FC, a team looking to remain in the race for a playoff spot. A defeat for Juan Manuel Díaz's disciples, along with wins for Mallorca and Jaén, would have tragic consequences for the Whites. Conversely, a victory against Sabadell and setbacks for the Balearic Islanders and the Andalusians would give the Real Madrid reserve team a real chance heading into the final day of the season.

Only four teams have the possibility of sealing their place in next season's Liga Adelante on matchday 41. Zaragoza, Lugo, Ponferradina and Mirandés can secure their places in the division next year as long as they come out on top in their clashes with Real Sporting de Gijón, Eibar, Girona and Hércules.