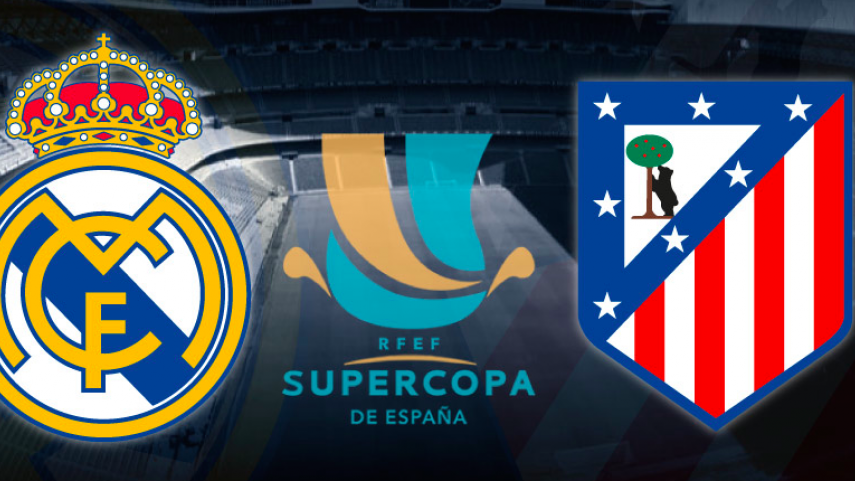 The protagonists of the Supercup analyse the clash

Ancelotti, Simeone and Gabi all spoke in press conferences ahead of the first leg.

Atlético Madrid coach Diego Pablo Simeone explained how he saw the clash against their arch rivals: "If we're talking about the Supercup the objective is to try our best to get the match to where we want and win it. The team's structure isn't going to change. The intentions and aggressiveness will be the same, because that's our base. This gives us the stability to maintain the same idea of play”. He also gave his opinion on Real Madrid: "Madrid have improved compared to last season. Kroos gives them more in the middle of the park, more balance, better play… Bale is much improved too. It's a far superior side to last year".

Also, Gabriel Fernández 'Gabi', the Rojiblancos skipper added: "We're looking forward to the match. It's an important title because nobody in our squad has won it before. There's no feeling of revenge for the Champions League. Real Madrid are one of the world's best sides, but the Supercup will be won by whoever is best physically and mentally".

Meanwhile, Real Madrid boss Carlo Ancelotti said, "Iker will play tomorrow. There might be changes in goal for Friday, but right now I'm not thinking about Friday. We will continue with the same scheme as last year, even though in key moments of the game something might change. However the general idea will be the same". He praised his players, saying: "We have a better team than last year because there are players who will give more quality to the side, but now we have to work". He also played down his side's tag as favourites, "there's no favourites. The match is 180 minutes and nothing will be decided until Friday at the Calderón".