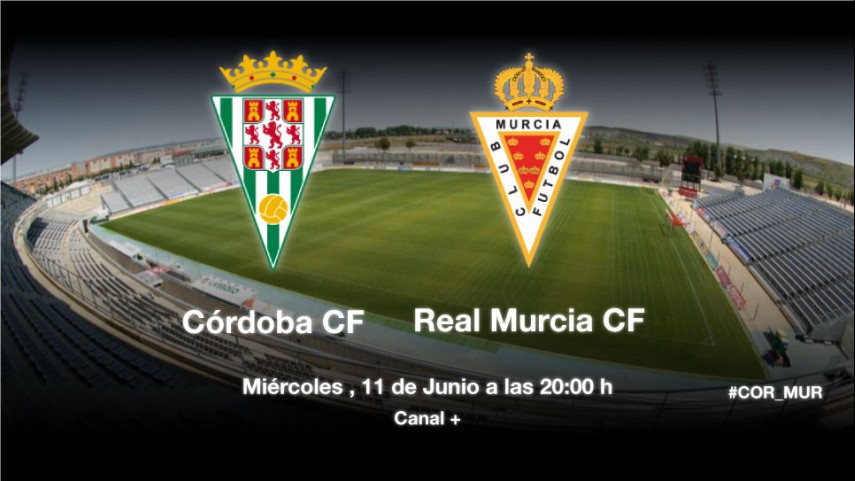 The promotion dream kicks off in the Nuevo Arcángel

Córdoba will play host to Murcia in the first of their play-off encounters, a hard-to-call clash that will get the knockout stage of the Liga BBVA promotion race underway.

The search for a place in next season’s Liga BBVA will begin this Wednesday at 20:00 CET in the Estadio Nuevo Arcángel de Córdoba. Córdoba CF and Real Murcia CF will be the first two sides to battle it out in the first of the play-off encounters.

This clash could put an end to the stalemate that has existed between the two teams all season. The two matches they have played each other in have both ended all square (2-2 during the first half of the season and 1-1 in the second half), results that, should they repeat themselves, would favour Murcia, who finished the regular season in fourth.

'Chapi' Ferrer will have to do without the services of José María López Silva and Miguel Ángel Nieto for this game, as both players are carrying niggles. The Catalan manager appeared relaxed during an interview with LFP.es in the hours leading up to the encounter: "I believe we can go up, but my job is to keep things calm and grounded".

Murcia have a great opportunity to top off what would be an almost perfect season. Julio Velázquez’s men finished fourth in the table, having been one of the best sides in the Liga Adelante.

The Salamanca-born manager will be without Alberto Sansinena 'Tete', who is suspended, as well as the injured Óscar Sánchez. Velázquez congratulated his players ahead of their trip to Córdoba: "The squad should be on holidays but instead we are privileged enough to be part of the promotion play-offs thanks to the players’ extraordinary work".

Murica's last win in Córdoba came during the 2009/10 season, when José Miguel Campos' men subjected Lucas Alcaraz's to a 0-1 defeat.