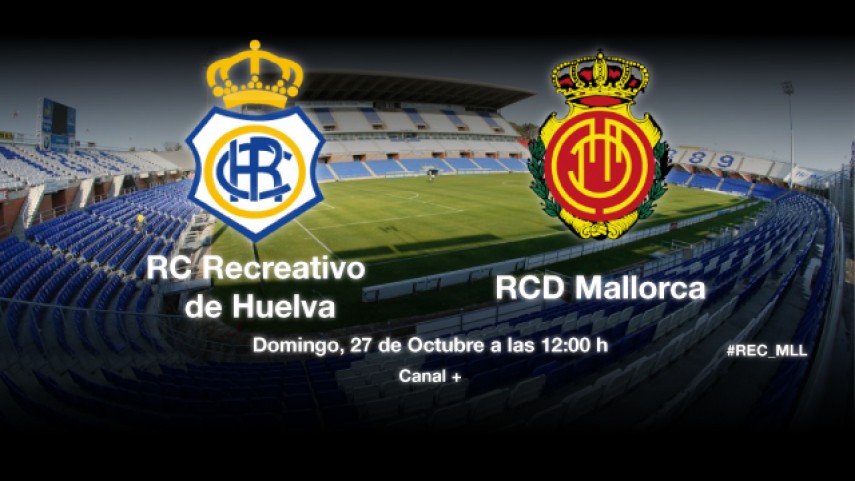 League leader Recreativo welcomes the Balearic side, which has not lost any of its last five matches in Huelva, and is becoming a tough team to beat.

Sunday’s early kick-off in the Liga Adelante sees RC Recreativo de Huelva take on RCD Mallorca in what is sure to be a mouth-watering tie.

The home side, which has gone unbeaten in its last seven games and tops the league with a five point cushion over Real Murcia, will be without a suspended Zamora in defence, while Jonatan Valle, who has recovered from his injury has been left out of the squad. On the other hand, Fernando Vega returns in time to make it into Sergi Barjuan’s plans. "We have to be fully focused because Mallorca can score at any moment. They haven’t conceded in four of the last five games", said Barjuan ahead of the match.

Meanwhile, Mallorca, who have not lost in any of its last five trips to the Nuevo Colombino, this time travel to Huelva on the back of two successive league wins. José Luis Oltra, the Balearic side’s manager, will be without Íñigo López, Agus and Alex Geijo, who are all injured, as well as the team’s captain Nunes, who is suspended. "We’re on top form at the moment. We take on the league leaders, who have a dynamic side and a lot of great players. They’re first because they deserve to be there", Oltra declared.