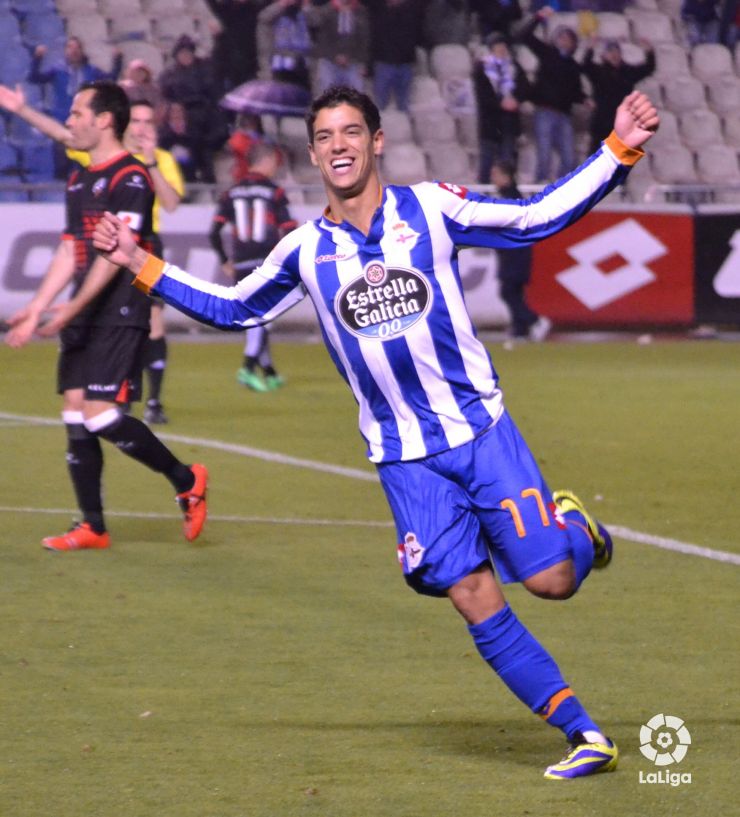 The Galician outfit's winter signings were a force to be reckoned with in the team's win over Sabadell.

RC Deportivo de La Coruña was one of the many teams to take advantage of the winter transfer window to bring in reinforcements for the second half of the Liga Adelante, and its newcomers did not take long to bear fruit.

The main architects of the Galician side's 2-1 win over CE Sabadell FC were four of their new signings. The key players were Diogo Salomão, who returned to the club after a brief spell in Portuguese football, and striker José Verdú 'Toché', both of whom found the net. The Portuguese player, who has worn the blanquiazul shirt on 44 occasions, opened the scoring for the home team after 55 minutes, while the striker from Murcia bagged the winner.

However, two other players also had their say in the three points picked up by the Liga Adelante leaders. Chilean Bryan Rabello and Ivorian Ibrahim Sissoko also got off to a good start in front of the fans in the Estadio de Riazor. The midfielder on loan from Sevilla FC pulled the opposition's defence apart with his ability to beat a man, which led to a sending-off for a second yellow that gave his team the numerical advantage for a large part of the match. For his part, Sissoko, also a midfielder, came on for Salomão with three minutes to spare and showed signs of what he could bring to Deportivo.

With the new players' quick adaptation of to the Galician side, the future of the team coached by Fernando Vázquez looks very promising. The club is still at the top of the Liga Adelante table after 24 matches, with a total of 42 points from 12 victories and six draws.