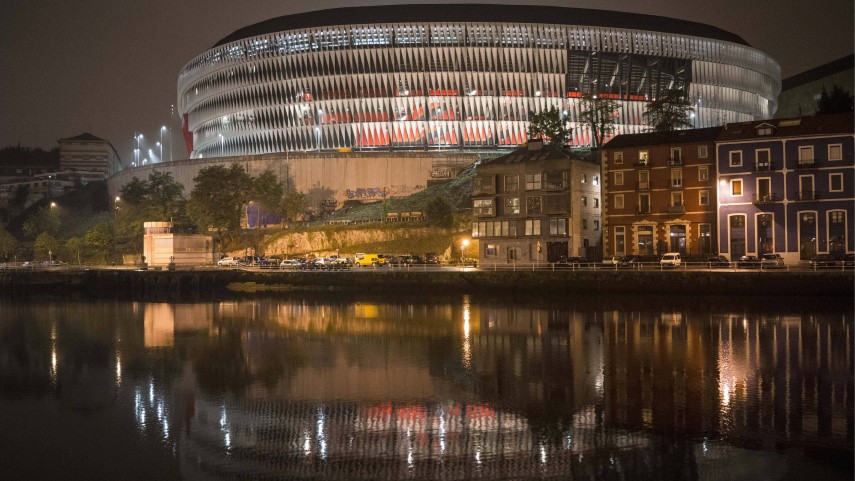 The myth hasn't left the area

Despite Athletic changing ground, the new San Mamés continues to be impregnable.

On the 26th of May, in the 37th round of Liga BBVA fixtures in the 2012/13 season, a Juanlu goal gave Levante UD the win in the last official match to be played at the old San Mamés. Many Athletic fans saw this a sign of things to come.

Now, almost seven months after they bid farewell to the 'Cathedral', Athletic club couldn’t be happier in their new home. Nine game have been played and the home side are yet to lose a single one.

The run of unbeaten games at the new San Mamés started in the fourth round of fixtures after Athletic defeated CA Osasuna at the Anoeta whilst they were waiting for their new stadium to be completed in their first home game. That day Ernesto Valverde’s side downed RC Celta de Vigo 3-2 and got the home fans believing again.

The next side to succumb to the powers of the new footballing museum on the Nervión River were Real Betis Balompié. That night, in the sixth round of games, goals from Óscar de Marcos and Mike San José saw the home side overcome Jorge Molina's opener for the Andalusian side, as magic was felt for the first time in San Mamés Barria.

In the month of October, Valencia CF became the first side to leave 'El Boxto' with something to show for their efforts. Miroslav Djukić’s side came away with a 1-1 draw thanks to an Éver Banega penalty. Two weeks later, Villarreal CF were downed 2-0 with goals from Mikel Rico and Aritz Aduriz.

Elche were the third Valencian side to visit San Mamés in the tenth month of the year, and like Valencia they came away from the Basque Country with a point. David Lombán and Aaron Ñiguez put the visitor ahead, however Markel Susaeta and Aduriz saved a point for the Red and Whites.

Levante were the next to try their luck at Athletic's new home. With a familiar face at the helm, Joaquín Caparrós' side looked as if they were going to be the first side to leave victorious, however second half goals from Rico and Aduriz completed another stunning home comeback to the delight of the supporters who had long been awaiting completion of the west stand.

Athletic's statistics as hosts were put to the test by league leaders FC Barcelona, who arrived with the intention of putting the home side's run to an end, however Iker Muniain's 70th minute goal meant that Bilbao's undefeated streak continued.

In the 17th round of Liga BBVA fixtures, goals from San José and Rico saw off Paco Jémez's Rayo Vallecano, and if that wasn't enough, Celta de Vigo were hammered 4-0 in the second leg of their fourth round Copa del Rey tie, showing that the magic is not only there for league matches, but in all competitions for Athletic.