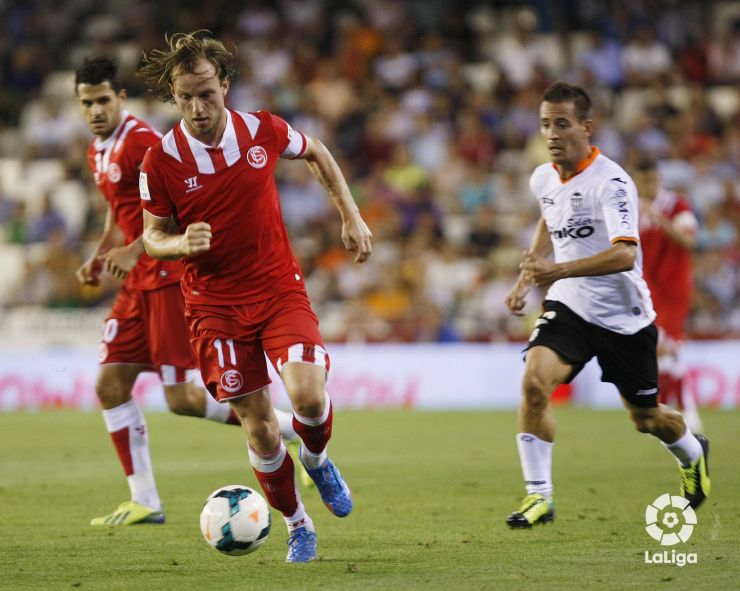 The Mestalla will produce a Spanish finalist

Valencia and Sevilla square off in the second leg of their Europa League semi-final with a 2-goal advantage for the Andalusians after their 2-0 win in the Pizjuán.

Valencia CF and Sevilla FC meet in what promises to be a passionate UEFA Europa League semi-final second leg after the Andalusian club’s 2-0 win in the first leg.

Juan Antonio Pizzi’s men are well aware of the difficulty of the clash, but they can take confidence from their comeback from 3-0 down against FC Basel 1893 in the last round. For the clash, the Argentinian manager will be without Paco Alcácer, who is suspended for accumulated yellows, and centre backs Víctor Ruiz and Philippe Senderos, who are injured. Pizzi knows how important the game is and has called upon the help of their fans: "It is going to be difficult to pull off, but people have to get behind us".

The team from Seville, who are very familiar with this competition, will be looking to return to the final (this time in Turin) seven years after meeting RCD Espanyol there in the 2006/07 edition. Their coach, Unai Emery, will not be able to call up Cristóforo and Denis Cheryshev. Daniel Carriço, for his part, will be a doubt until the last minute. "The worst thing we can do is take our lead for granted", stated Beto, Sevilla’s keeper.