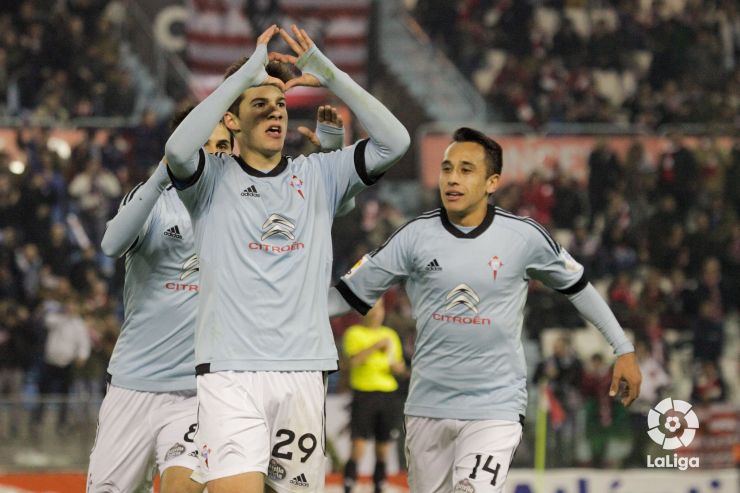 Every year, the Liga BBVA proves to be a relentless talent factory. Young men such as Isco Alarcón, Koke, Thibaut Courtois, Iker Muniain and Antoine Griezmann, among many others, go from being mere hopefuls to the real deal. Now, in the 2013/14 season, there are many players who are looking to turn heads and become the future stars of the world's best league.

RC Celta de Vigo is one of the clubs to boast one of these young guns in its ranks: Santi Mina. Destined to be a key player for Vigo and to spearhead its attack, the 18-year-old striker already has 13 Liga BBVA matches under his belt and is Celta's youngest goal-scorer in the division. At just 17 years and 280 days, Mina found the net on matchday four against Athletic Club.

The Basque outfit is another of the teams to have a promising talent among its employees: Aymeric Laporte. The 19-year-old left-footed central defender has taken a significant step forward this season, having started 15 matches. Athletic, aware of his enormous potential, recently renewed his contract until 2018. He is very strong in the air, as he already demonstrated against Getafe CF with a powerful header that gave his team victory on matchday 10. Their fierce rival, Real Sociedad de Fútbol, have Rubén Pardo who continues to take giant leaps towards stardom. This is good news for the txuri-urdin who have also recently overseen the rise of Iñigo Martínez and Asier Illarramendi.

Andalusia is also a land rife with future stars. Real Betis Balompié, Málaga CF and Sevilla FC are privileged to have some of the most promising young players in Spanish football. The verdiblancos have a pacey game-changer in Álvaro Vadillo, a player who seems to be able to invent something new every time he has the ball at his feet. For their part, both the blanquiazules and Sevilla have in Sergi Darder and Jairo Samperio two of this year's Liga BBVA's breakthrough players.

Club Atlético de Madrid is also worthy of a mention. The rojiblancos are closely watching the progress of Saúl Ñíguez as he fully capitalises on his spell on loan to Rayo Vallecano. The 19-year-old has started 15 matches under Paco Jémez, who has made the most of the midfielder's versatility by also deploying him in the centre of his defence. Diego Simeone's squad includes Óliver Torres, who has already made a name for himself this season by scoring the club's fastest ever goal. Against Betis on matchday ten of the Liga BBVA, the 19 year old only required 13 seconds to find the net.