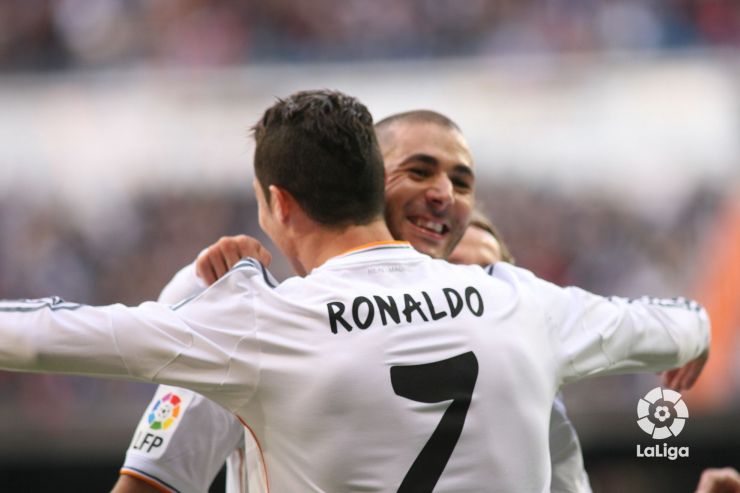 The Liga BBVA will be at the World Cup

Over 20 more Liga BBVA players will take part in the competition after sealing their passages to Brazil in the play-offs.

With 15 days to go until the draw (December 6), and the second leg of the play-off between Uruguay and Jordan (5-0) still to be played, all but one of the teams have been confirmed for the upcoming 2014 FIFA World Cup in Brazil. And the Liga BBVA will be represented in great number.

Apart from Spain, the country with the greatest number of Liga BBVA is Portugal. The Portuguese beat Sweden 4-2 over two legs with Real Madrid’s Cristiano Ronaldo scoring all four goals for the Iberian nation. But the Madrid maestro won’t be going alone, as Paulo Bento’s squad is also made up of Beto (Sevilla), Pepe, Fabio Coentrão (both Real Madrid), João Pereira, Hélder Postiga, Ricardo Costa (all Valencia players), and Vitorino Antunes (Málaga CF).

Karim Benzema and Raphaël Varane have also booked their tickets to the World Cup. Real Madrid’s Frenchmen came back from behind to beat Ukraine 3-0 in the Saint Denis Stadium, with Benzema scoring one of the goals.

Two key players in Croatia’s qualification were Iván Rakitić (Sevilla) and Luka Modrić (Real Madrid), both of whom were immense during a great game against Iceland in Zagreb which the Baltic nation won 2-0, despite being down to ten men for the majority of the match. On a negative note Ciprian Marica (Getafe) and Andrei Gabriel Torje (RCD Espanyol) will not be traveling to South America after Romania was beaten 3-1 by Greece.

UD Almería striker Jonathan Zongo was on the verge of making history with Burkina Faso in Blida, but instead lost 1-0 to Algeria (3-2 on aggregate). As a result Sofiane Feghouli (Valencia) and Yacine Brahimi (Granada) will travel to Brazil, with Algeria making up the last African spot in the draw.

Finally, the Uruguayan team made up of Diego Godín, Cristian Rodríguez, José María Giménez (all Atlético Madrid) and Cristian Stuani (RCD Espanyol), has practically secured its place in the World Cup after beating Jordan 5-0 in the first leg of the play-off, with Stuani and 'Cebolla' Rodríguez both scoring. However, there are still 90 minutes standing between the South American nation and a place in the draw.