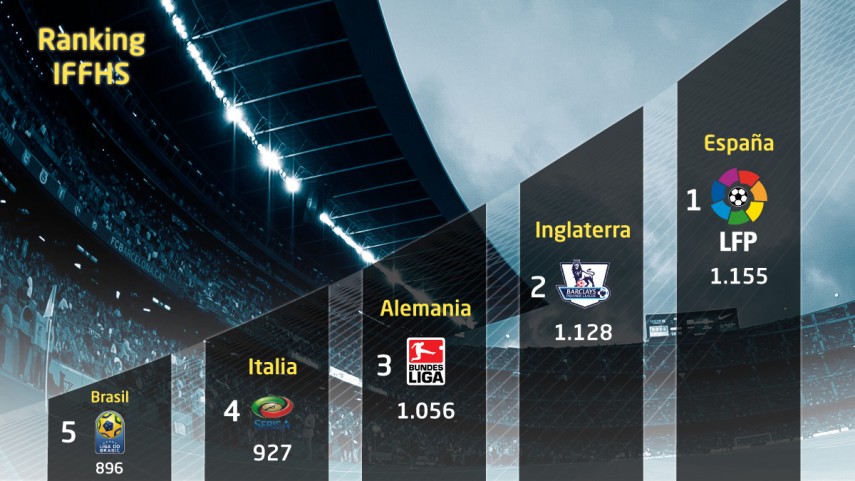 The Liga BBVA, the strongest league in the world

The Spanish championship tops the IFFHS ranking for a fourth straight year.

The International Federation of Football History and Statistics (IFFHS) has named the Liga BBVA as the strongest domestic league in the world for a fourth consecutive year. The top five of the ranking also includes the Premier League in second place, the Bundesliga in third place, the Italian Serie A in fourth and the Brazilian Serie A in fifth.

The Liga BBVA retains its 2013 crown thanks to last year’s extraordinary performances by the championship’s three best clubs - Real Madrid, Atlético Madrid and Barcelona - both in the domestic competition as well as on the European stage. The IFFHS calculates the ranking on the results clubs pick up both domestically and internationally.

The Premier League returns to second in the table, relegating the Brazilian League to fifth, while the Bundesliga stays in third place due to the fact that two German teams made it to the final of the UEFA Champions League.