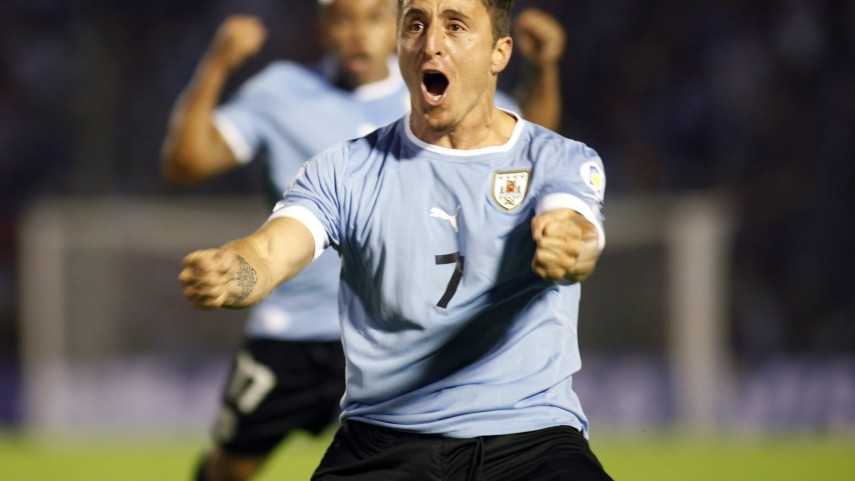 The Liga BBVA in the World Cup

Some participants in the FIFA World Cup and still yet to be decided, and with the draw for the group stage coming up on the 6th of December, there are still several Liga BBVA players who are looking for a place at the festival of football.

After the completion of qualifiers in Africa, where Bobley Anderson (Málaga CF), Allan-Roméo Nyon (Granada CF), Stéphane M'Bia (Sevilla FC), Alexandre Song (FC Barcelona), Raoul Loé (CA Osasuna) and Fabrice Olinga (Málaga CF) won their place at Brazil 2014, the European groups are still yet to be finalised and Mexico and Uruguay are very likely to make it after their resounding 5-1 and 0-5 wins over New Zealand and Jordan, respectively.

For their part, Romanians Ciprian Marica (Getafe CF) and Andrei Gabriel Torje (RCD Espanyol), and Frenchmen Karim Benzema and Raphaël Varane (Real Madrid CF), have mountains to climb if they want to be included in the draw on the 6th of December, after their respective 3-1 and 2-0 losses to Greece and Ukraine.

In the other European qualifier, the first leg of which was goalless, Croatia, with Iván Rakitić (Sevilla FC) and Luka Modrić (Real Madrid CF) on board, will be bidding to return to the World Cup after missing out on South Africa 2010 when they host Iceland on Tuesday the 19th of November.