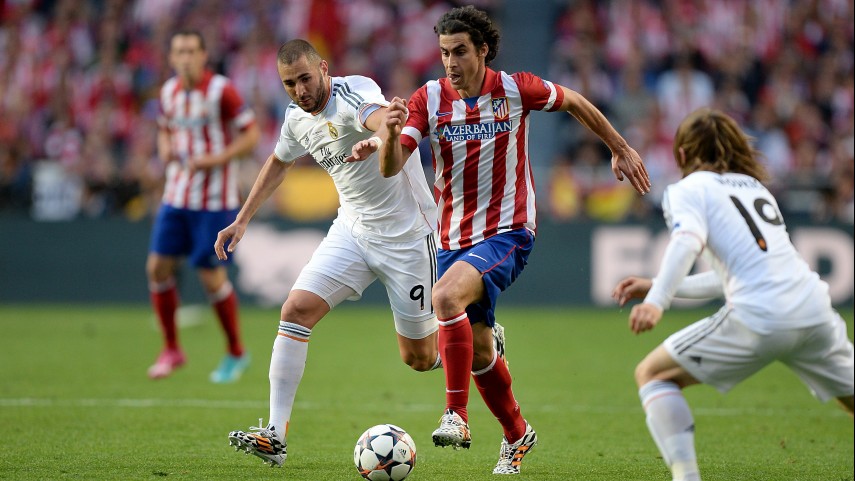 The Liga BBVA dominates Europe more than ever

The UEFA Champions League has selected the 18 best players in the competition, twelve of whom play in the Spanish championship.

The importance of the Liga BBVA is appreciated beyond the Spanish borders. Not only is the level of competitiveness apparent in the domestic competition butthe performances of Spanish teams in international competitions are also noteworthy.

This season has been full of great successes. Real Madrid CF won the UEFA Champions League by beating Club Atlético de Madrid in the final - an encounter that truly encapsulated the spirit of Spanish football and had the added bonus of being the first final in the history of the competition between two sides from the same city.

With so many magnificent results, the time came to assess the various achievements. The UEFA Technical Studies Group (TSG) selected an 18-man squad of the tournament, the same number a manager can select for a UEFA Champions League game as stated in the competition’s regulations. Of the full squad, twelve of the players ply their trade in the Liga BBVA. Seven are Real Madrid players, four play for Atlético de Madrid and one for FC Barcelona.

One of the areas the Rojiblancos were strongest this season was between the sticks. Thibaut Courtois, who was in great form throughout the 2013/14 season, lived the best moments of his career with a  team that was fighting for the European Cup title right until the final whistle.

Fantastic performances from Real Madrid defenders Sergio Ramos, Dani Carvajal and Pepe have earned them a place in the squad alongside Atleti centre back Diego Godín. As well as their solid defensive displays, Ramos and Godín have also made a big impact in attack, with both players scoring hugely important goals, including one apiece in the final.

The centre of the midfield contains three Real Madrid players:Ángel Di María, Luka Modrić andXabi Alonso. Joining up with them is Atlético captain Gabi. Andrés Iniesta, despite going out of the competition with Barcelona in the quarter-final stage, made enough of an impression to earn his spot in the 18-man squad as well. Their levels of consistency and imagination in the heart of midfield have seen these players stand out and earn themselves a place in the squad.

Last but not least are Diego Costa and Cristiano Ronaldo. The Brazilian, who recorded a tally of eight goals, has been chosen among the five best forwards, a group of players led by Cristiano Ronaldo, who smashed the tournament’s previous record by scoring 17 times in one campaign - the cherry on top of an incredible season in which he was also awarded with the FIFA Ballon d’Or.

As well as that, the UEFA Europa League went to another Liga BBVA side, Sevilla FC. That is not the end of continental silverware either as the European Super Cup is guaranteed to have a Spanish winner. Real Madrid and Sevilla will meet on the 12th of August 2014 in the Cardiff City Stadium to fight it out for the European crown and ensure that the Liga BBVA star shines as brightly as possible.