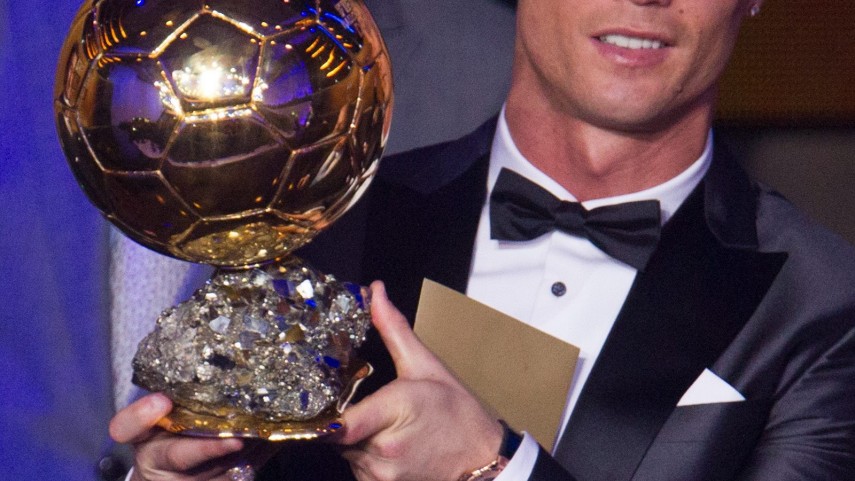 Social media sites almost crashed due to the hundreds of congratulatory messages for the 2013 FIFA Ballon d'Or winner.

Rivals and teammates alike didn’t waste any time in sending their congratulations to Cristiano Ronaldo for winning the 2013 FIFA Ballon d'Or trophy. The first message came from FC Barcelona, with the Catalan club immediately congratulated the Portuguese through its official Twitter account. Javier Tebas, president of the Liga de Fútbol Profesional, also sent a message to Ronaldo via social media: "A deserved Ballon d'Or win for our MVP. Well done Cristiano!".

The most heartfelt messages came from his Real Madrid teammates. Iker Casillas was one of the first players to express his happiness for the Portuguese by posting a photo of the two hugging: "Well done mate, you deserve it!". Álvaro Arbeloa also congratulated his friend on Twitter: "Another glorious day for you, Cristiano!! Proud to fight by your side!! Enjoy the Ballon d'Or!!!!". And of course the Real Madrid coach, Carlo Ancelotti, joined in on the action: "A well earned Ballon d'Or. Fantastic Cristiano!"

Other teammates and sportspeople also had words of praise for the Portuguese player, who was awarded with the second Ballon d'Or of his career. Barcelona’s Dani Alves, Andrés Iniesta and Gerard Piqué all sent congratulatory messages to Ronaldo and their teammate Lionel Messi, one of the three candidates for the award. The club’s president, Sandro Rosell, wrote: "Well done to Cristiano Ronaldo for winning the Ballon d'Or. And thank you Leo for making 2013 unforgettable!".

Heartfelt messages for the 2013 Ballon d'Or winner poured in from outside Spain as well. The former Atlético Madrid player and current AS Mónaco striker Radamel Falcao took to his Twitter account to say: "Well done to Cristiano Ronaldo for winning the 2013 Ballon D’Or. May you continue to have success this season". Liverpool’s Lucas Leiva as well as former players like Ronaldinho and Roberto Carlos also congratulated Ronaldo. One of the warmest messages came from former Real Madrid midfielder José María Gutierrez 'Guti': "Well done to Cristiano for a great year and for winning the Ballon D’Or. You deserve it champ".