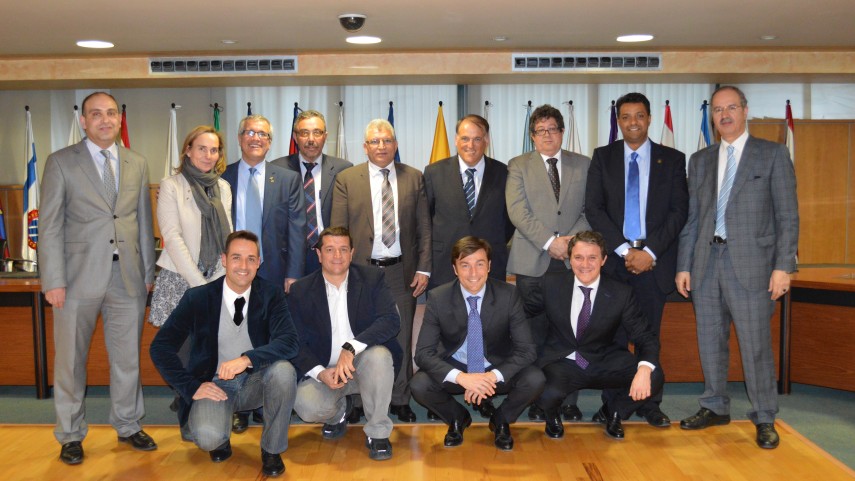 The Libyan minister of Youth and Sports visits the LFP

Javier Tebas, representing the Liga de Fútbol Profesional, met with the Libyan minister of Youth and Sports, Ibrahim Ozman Shakra, this Wednesday to talk, among other things, about security in Spanish stadiums, commercial projects, the LFP World Challenge project and the new digital strategy.

The Libyan minister asked about the control systems in place at stadiums, the work of the security teams on matchdays, evacuation procedures, risk control and the recording of what goes on inside and outside the sporting facilities. Javier Tebas explained to those in attendance, a group which included representatives from CSD, that security is a very important part of football because "an incident in a match can affect the international and national image for all the clubs".

During the meeting they also spoke about the expansion and development of the Liga de Fútbol, plans to increase clubs’ incomes and new business models. "We are aware that we have two clubs that have consolidated their positions on the world stage. The Liga BBVA is not just Real Madrid and FC Barcelona, we have to work hard so that the other clubs can grow", proclaimed Javier Tebas. In this respect it is worth remembering that the Liga BBVA has a television audience of 20 million in Spain and 400 million around the world.
The president of the LFP also explained the concept of the LFP World Challenge to those in attendance, an event he defined as "a project designed to develop the Liga BBVA internationally with the help of businesses from our country, with an eye to strengthening the Spanish brand and the communication channels for footballing and business values".

As well as visiting Spain, the Libyan delegation has also been to England and France. "There is a lot of interest in Libya to improve our sporting future. We are starting from zero, we want to have our own Liga de Fútbol Profesional in Libya".