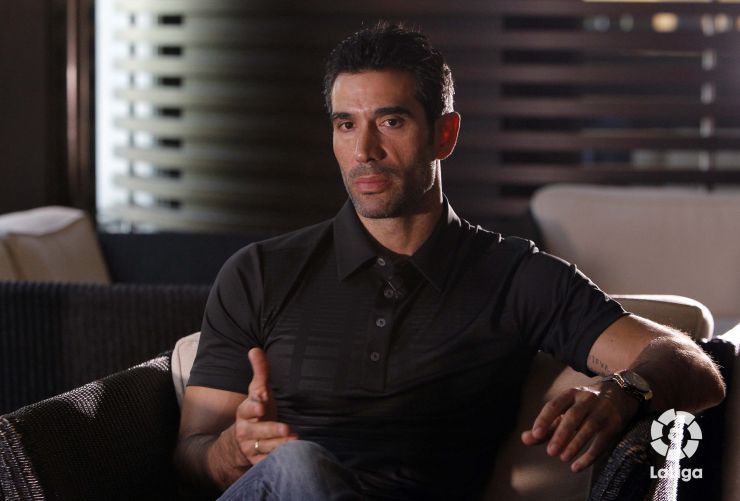 Fernando Sanz, the LFP’s ambassador in South East Asia, analysed the LFP World Challenge Tour and stated that "the clubs are very happy to have been able to enjoy this great opportunity".

The LFP World Challenge Tour has now put on three uninterrupted weeks of football and other activities. Having taken the values and the badge of La Liga around all five continents, Fernando Sanz, a Liga de Futbol Profesional ambassador analysed the global event, the second year of which has exceeded all expectations. "The objective of internationalising our brand and taking football to parts of the world it had yet to reach has been successfully achieved", he confirmed.

During these weeks, sport and trade have combined to perfection to allow this great international event to project the best image of the Spanish league and Marca España. "The whole LFP World Challenge team are satisfied that the clubs are happy and have had a great experience. They were surprised about the comfort of the facilities they were able to train at and the welcome they received in all the countries they visited. In addition, off the pitch, it has been a complete success", summarised Fernando Sanz having been alongside Málaga CF and UD Almería during the second world tour.

The ambassador accompanied his old team in Australia and Germany and said that he was most surprised by "how grateful they were to see a team from La Liga and the interest they showed in learning about the LFP". In addition, he also noted that Spanish football is even a role model down under: "A lot of clubs made the trip from their cities to visit us, and that demonstrates that we are setting an example because we are the best league in the world".

Fernando Sanz also visited UD Almería on their trip in Thailand, where he says "the support was incredible from the instant they touched down in Bangkok". Thanks to this, there are plenty of clubs ready to repeat the experience with the LFP: "A lot of teams have asked us to include them in the next LFP World Challenge Tours", he revealed.

One of the keys to the success of this grand event has been the initiative 'Spain Experience', which brings together sport and trade, in collaboration with ICEX. "We provide the means for both parties to get to know each other and work together; all thanks to an event that is essentially a sporting one, in this case a football match that is backed by the LFP".

Club Atlético de Madrid will close out the tour in Turkey, where the values of Spanish football will be on display once again. Since the start of this LFP World Challenge Tour in Colombia, with RC Deportivo de La Coruña, La Liga has gained prestige and plenty of supporters, which is why the LFP ambassador declared that "the project has been a success, but we have to continue looking forward in order to continue internationalising our product in order to create long-term value, to be stronger and to achieve more income to help the Spanish league".