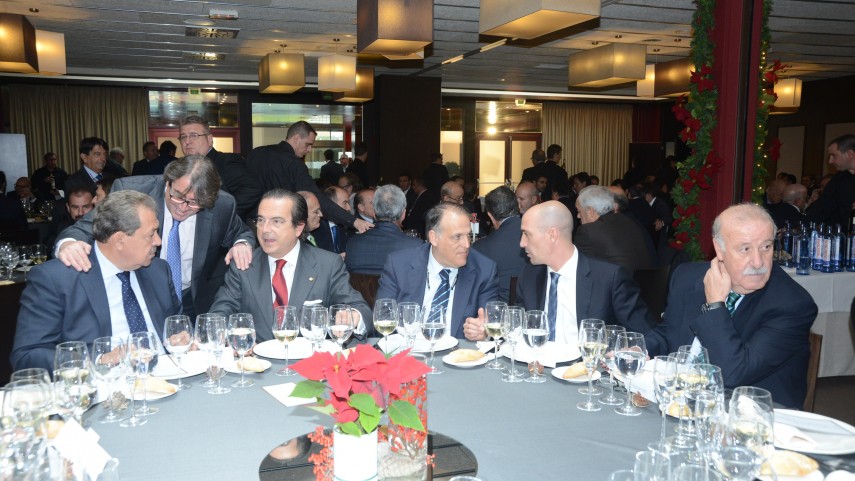 The LFP, side by side with the RFEF

Javier Tebas, the president of the Liga de Fútbol Profesional was present at the Christmas meal organised by the Federación Española de Fútbol.

"I would like to thank everyone, directors, coaches, presidents of autonomous federations, and representatives of the referees and players for their work", Ángel María Villar stated during the meal.

Miguel Cardenal also had some words to share during the event, declaring that "this federation has existed for more than a century, and that has to be a stimulus. A lot is expected of Spanish football, because history demands it".

In addition, the RFEF also extended its thanks to all those who received rewards from the Liga de Fútbol Profesional for the 2012/13 season, a list which includes the likes of Spanish players Iker Casillas, Sergio Ramos, Asier Illarramendi (Real Madrid CF), Andrés Iniesta (FC Barcelona), Gerard Deulofeu (Everton FC) and Bruno Soriano (Villarreal CF).