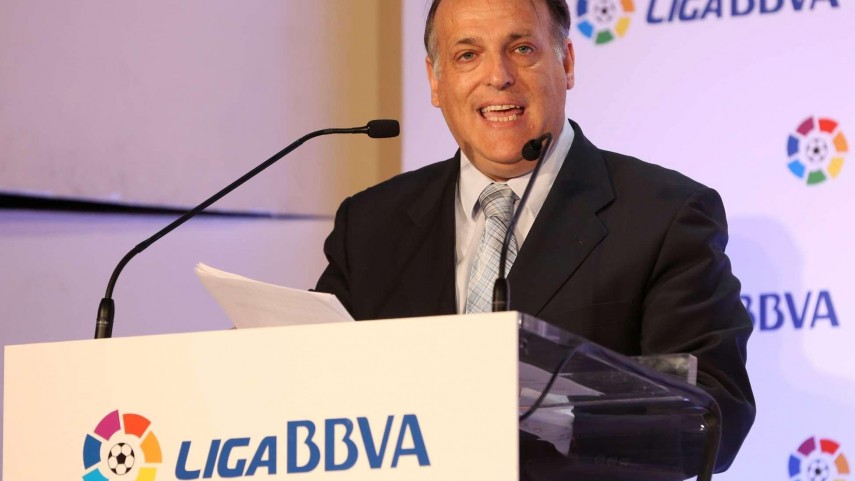 Javier Tebas, president of the Liga de Fútbol Profesional (LFP), appeared on the radio station Cadena Cope to analyze the goings on in Spanish football. On Joseba Larrañaga's 'El Partido de las 12', the LFP chief didn’t shy away from answering the journalist’s questions, and tried to clear up any doubts that the listeners might have had. Tebas first talked about his work with regards to match scheduling, "the LFP has requested to Mediaset that the free to air game is played on Saturdays. I can understand that people are angry that their side have to play on a Monday, and Athletic for one have had too many games on a Monday. It’s not a great situation", he said with regards to question from journalist Juanma Castaño.

He took a hard line when talking about the subject of illegal betting and match fixing: "We’re working on it. Match fixing won’t be resolved immediately, it’s a long, hard investigation. Right now we’re investigating nine matches, six in segunda and three in primera. There are a lot of things that are unknown because right now they’re in the hands of the police. Hopefully there’ll be some news soon. For years this topic has been brushed under the carpet, but we need to investigate and report these cases. The LFP has a team working on some of the best games in Europe. We monitor all the games in Liga BBVA and Liga Adelante, and we see everything. For now there are no referees implicated, and we don’t have suspicions about any of them", said a passionate Tebas.

Finally, the president defended the cost of going to see football in Spain. "This year lots of clubs have reduced season ticket prices, for example Sevilla, where it works out at costing €9.95 per game if you buy a season ticket. I’d love to be able to achieve the German model, but that’s something else altogether".