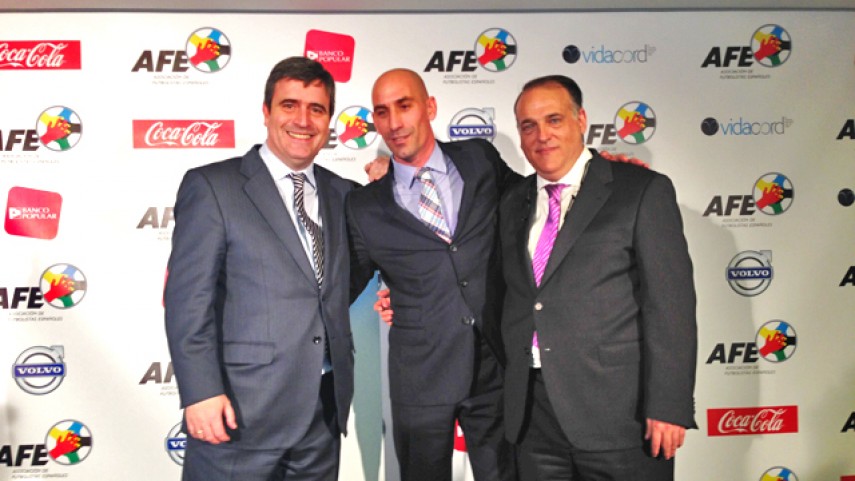 Javier Tebas, president of the Liga de Fútbol Profesional, was at the new AFE headquarters with a whole host of household names from Spanish football.

The LFP, represented by its president Javier Tebas, was present at the inauguration of the new headquarters of the AFE (Association of Spanish Footballers) together with many household names from Spanish football.

"Today is a great day for all footballers" declared Luis Rubiales, President of the AFE, to all the guests before thanking the Liga de Fútbol Profesional and all the institutions presence for their attendance of the opening. "Today is a day for footballers. This is their home and I feel very excited that we are going to take a step towards a more modern AFE which will allow us to be at their side" emphasized Rubiales.

In turn David Villa, the highest goal-scorer in the history of the Spanish national team and member of the AFE management committee, highlighted the strong links between all the clubs and players. He also stated that it is an honour for him to be part of the association.

"The work that they do is priceless to all footballers, above all for those who are less well protected. Having the support of the AFE and knowing where to call when they have any problem is essential." stated Xabi Alonso about the work of the AFE within Spanish football.