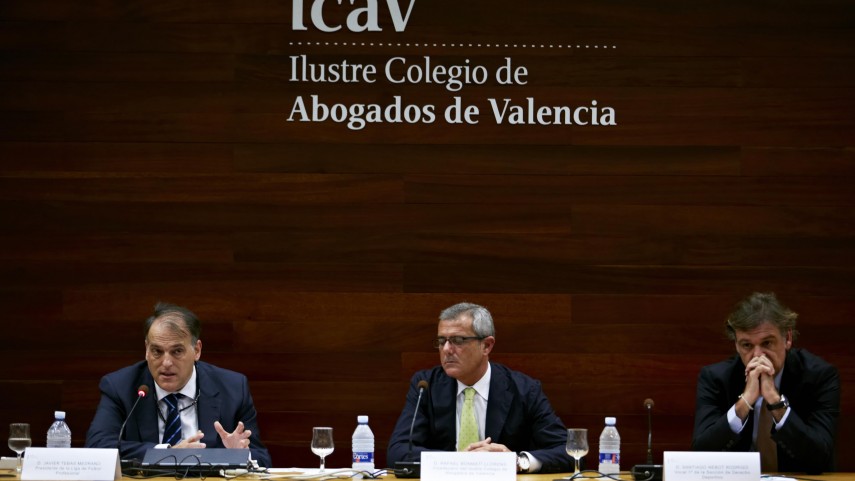 "The LFP brand must continue to grow in the international markets"

Between the discussion topics, Javier Tebas spoke about the development of the LFP brand on an international scale.

During the conference, Javier Tebas explained that the LFP is "developing to maximise the international potency of the LFP brand, especially of La Liga as a product, allowing the international expansion and growth of all the clubs in it". The president added, "television investment must grow in the coming years until it is duplicated, and little by little it will be redistributed to the clubs".

Another of the topics dealt with at the conference was the fight against piracy and free circulation of highlights. Javier Tebas emphasised that there is “a need to combat it”, adding that the LFP has "one third of digital platform subscribers compared to the UK, and the same as Portugal. For this we must start to grow the money raised by clubs and adjust our schedules in order to be competitive in other continents".