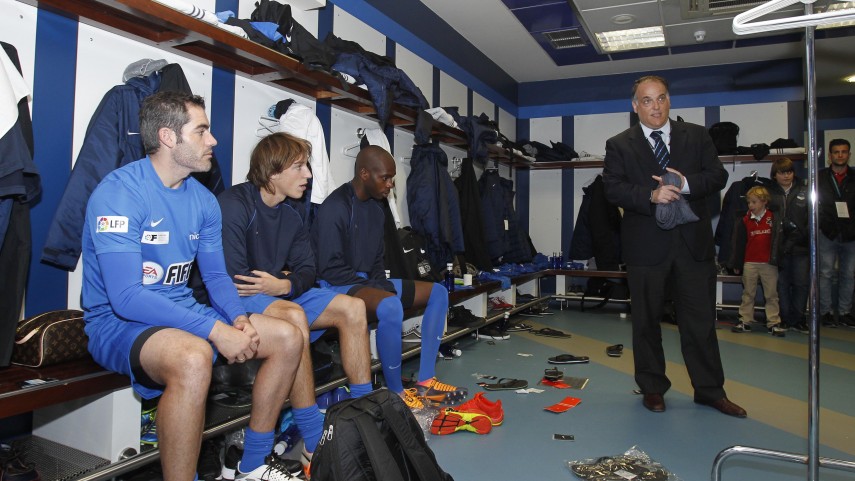 The LFP answers the call to charity

Javier Tebas thanks all the 66 players that took part in the 'Champions for Life' match for their collaboration in the great cause.

The Liga BBVA and Liga Adelante can stand proud. None of the clubs that make up the Liga de Fútbol Profesional had to think twice about answering the call for the charitable cause, and were all happy to loan their players in order to ensure that the footballing feast in the Santiago Bernabéu went perfectly.

The president of the Liga de Fútbol Profesional took the opportunity to thank all the players who took part in the 'Champions for Life' initiative. All 42 clubs that make up the LFP were represented in the match that was organised to raise funds for the victims of Typhoon Haiyan, which left millions of people homeless in the Philippines, as well as other social projects carried out by other bodies that collaborate with the LFP and the Fundación del Fútbol Profesional.

Javier Tebas greeted each of the players representing the East and West sides in the name of the thousands of fans who came to watch the match in order to help the Filipino girls and boys. Spanish football once again showed its willingness to answer the call of the most needy.