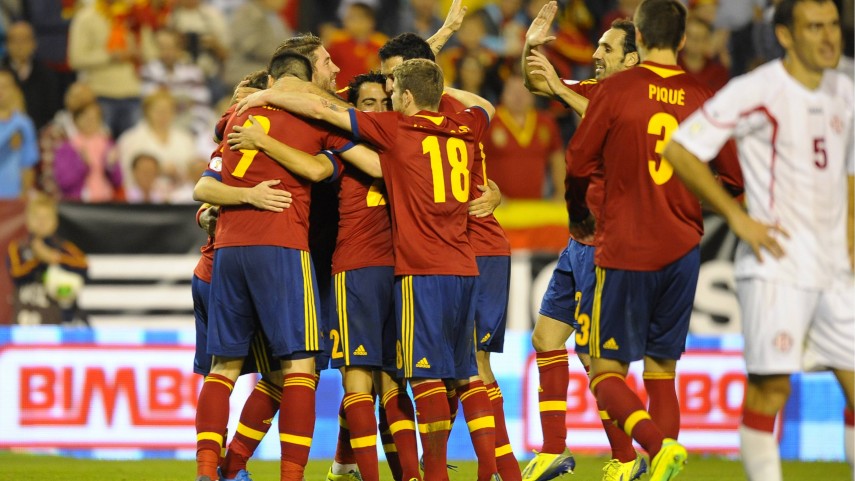 The LFP, a repeat of the South Africa 2010 success

The 64 Liga BBVA and Liga Adelante players who will be competing in Brazil 2014 will be hoping to rise to the challenge of matching the extraordinary performances set out by the LFP representatives during the World Cup in South African four years ago.

The FIFA World Cup is upon us, and the players representing the Liga BBVA will be looking to play as important a role during Brazil 2014 as they did during South Africa 2010, a tournament that saw the footballers from the Spanish division flourish.

Although the Liga BBVA was not the league with the largest representation, it was the most successful league during the South African tournament. The national team with the largest number of Liga BBVA players was Spain. They went on to lift the title after beating Holland 1-0 in the final, but the Jules Rimet Trophy was not the only piece of silverware the Spaniards won in the African country.

Uruguay’s Diego Forlán, who was playing for Club Atlético de Madrid at the time, was awarded with the Ballon d’Or for his excellent performances, which helped his nation finish in fourth place. His five goals and one assist ensured that the Uruguayan was named the best player during the competition. Spain’s David Villa, who had just left Valencia CF to join FC Barcelona, received the Bronze Ball (third best player in the tournament) as well as the Silver Boot (second highest goal scorer in the tournament).

Spain played the final with a starting line up consisting completely of Liga BBVA players, and ended the World Cup with a goal difference of plus eight, with all the winning side’s goals being scored by Liga BBVA players. The Spaniards only conceded twice during the competition, which earned Real Madrid CF’s Iker Casillas the Golden Glove award.

The Liga BBVA’s dominance in South Africa was confirmed further when FIFA announced its Starting XI Dream Team for the tournament. Seven of the players from that team belonged to Liga BBVA clubs: Iker Casillas, Sergio Ramos, Carles Puyol, Andrés Iniesta, Xavi Hernández, David Villa and Diego Forlán. And as if that were not enough, Spain received the FIFA Fair Trophy for the second World Cup in a row.

Matching the accomplishments set out by the LFP players in South Africa looks like a difficult task, but that is the challenge that faces the 64 Liga BBVA and Liga Adelante players who will be representing their countries in Brazil.