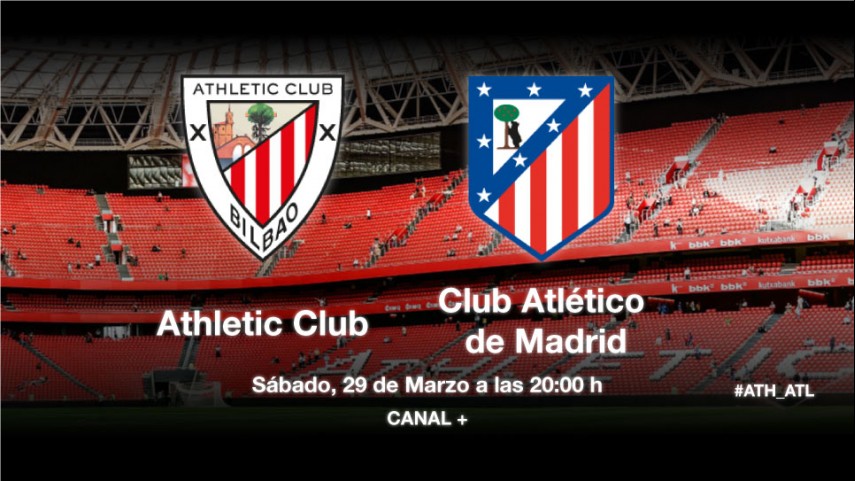 The league leader prepares for the San Mamés challenge

Atlético Madrid will face one of their biggest tests during the final stage of the Liga BBVA season this Saturday when they travel to take on Athletic.

A clash of the titans is expected this Saturday ahead of the match between Athletic Club and Atlético Madrid, one of the championship’s most exciting fixtures, which will be even more thrilling this weekend given how close this year’s Liga BBVA title race has been.

There are fewer places as difficult to hold onto top spot in the league as San Mamés. This is the challenge that awaits Atlético. The Red and Whites will have to compete against the passionate Bilbao fans as well as deal with the added pressure of leading the table. Diego Simeone is well aware of what’s at stake. "I expect a tough opponent, that plays well. A confident opponent that is very strong at home and has the backing of great fans, who have always tested us. San Mamés is a fantastic place to play football", declared the Argentine coach, who has all of his first choice starting XI to choose from.

Meanwhile, Valverde will have to do without one of his engines in the centre of the Basque team’s midfield, Ander Herrera, as well as the injured Kike Sola, Ibai Gómez and Carlos Gurpegi. "Atlético is the league leader and deservedly so. I hope that we defend well and make the most of our defensive spirit to get something out of the game. It will be difficult to unlock them and we’ll have to careful about them catching us on the break or outsmarting us tactically, which is where a lot of their danger comes from", explained the manager of the league table’s fourth placed side.