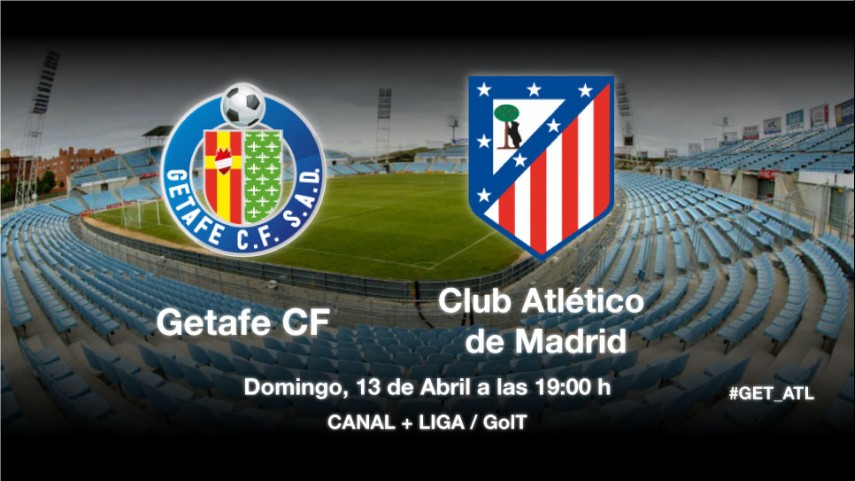 The leaders take on a team in need of points

Liga BBVA leaders Atlético travel to a Getafe side that need the points to escape the danger zone.

Coliseum Alfonso Pérez hosts an exciting game in round 33 of the competition as league leaders Club Atlético de Madrid visit Getafe CF. It is a regional derby at opposite ends of the spectrum, with the visitors looking to stay at the top, and Cosmin Contra’s side looking to retain their league status.

After the defeat against Elche CF in the last minute in the previous round of fixtures, the team from the south of Madrid will be looking to regain confidence. Cosmin Contra’s men have survival in their own hands, and the Romanian said the game will be “complicated but not impossible”. Miguel Ángel Moyà, Jaime Gavilán and Sergio Escudero will miss the match on Sunday.

Atleti go to the Coliseum after a near perfect week. They made it through to the semi-finals of the UEFA Champions League after knocking out FC Barcelona, however Diego Pablo Simeone will be conscious of the fact it could serve as a double-edged sword given the effort on Wednesday. Despite that, the Argentine said his side are “focused purely on Getafe”. Diego Costa returns to the squad, but Arda Turan will miss out again.