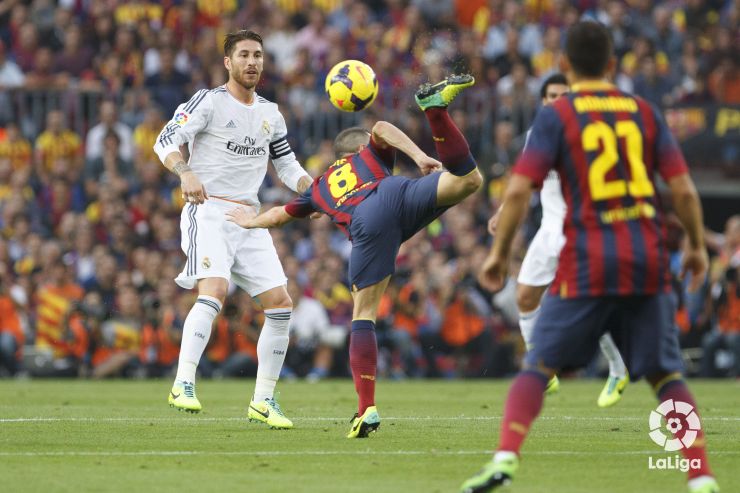 The highlights of the Clásico between Barcelona and Real Madrid were viewed more than 110,000 times, while other matches also attracted significant interest.

The 'La Liga' YouTube channel had more than 500,000 hits in 48 hours. The highlights of the Clásico between Barcelona and Madrid received more than 110,000 views, while the rest of the matches also attracted great interest.

The 'La Liga' YouTube channel, where highlights, goals, announcements and stand-out moments in the Liga BBVA can be viewed, received more than 500,000 visits last weekend.

Saturday's Clásico between FC Barcelona and Real Madrid CF had a great impact on the channel, with the match highlights receiving 110,000 views. Also, the other matches attracted an increased number of viewers, demonstrating the growth of the Liga BBVA's audience on the various digital channels, as well as on social networks.

In a little over a year since its launch, the Mediapro 'La Liga' channel on YouTube (www.youtube.com/laliga) has now had more than 27 million hits and has more than 224,000 subscribers.

In this context, views of Liga BBVA and Liga Adelante match summaries have also increased thanks to the official LFP website, where the content is also available.