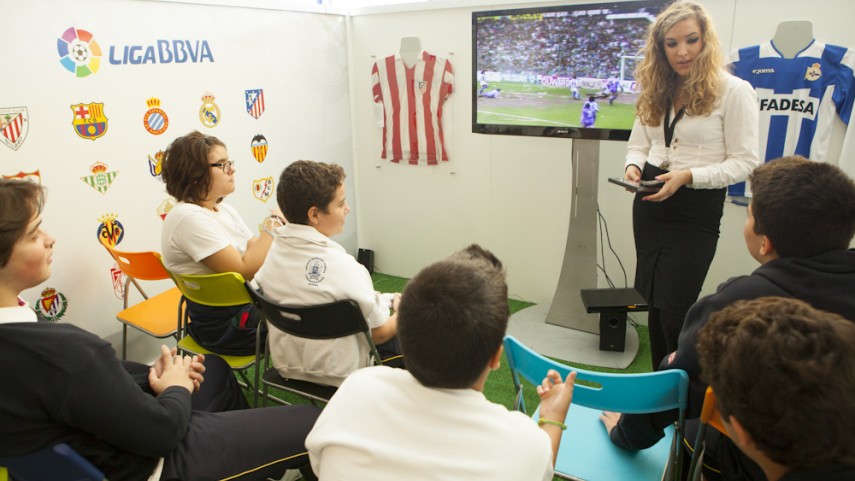 For another year the Liga de Fútbol Profesional brings the 'La Liga Museum' to large shopping centres all over Spain.

For another year the Liga de Fútbol Profesional (LFP) brings the 'La Liga Museum' to large shopping centres all over Spain. 'The Museum' is a space that has been designed to hold exhibitions and allow people to play games and enter contests, as well as enjoy video games like the well-known FIFA 2014 by Electronic Arts.

The temporary building, which will be in town from the 19th of February until Saturday the 22nd of February, will primarily contain various footballing objects from the Vicente Amorós Museum, which holds over 40,000 artefacts from the second half of the last century.

The up-to-date stand also has an area full of photos of footballing heroes, foosball tables and a small auditorium with a screen where people can watch videos of some of the most important Liga BBVA and Liga Adelante games, as well as documentaries about the history of the LFP.

The 'La Liga Museum' will also be visited by children from various sporting schools from the area, as well as some Sporting Gijón players, who will be there to sign autographs and have their pictures taken with fans on Thursday the 20th of February at 6pm.

Valladolid is the sixth city on the long list of places that will host the 'La Liga Museum', a tour that will continue over the course of the 2013-14 season.

When: From Wednesday the 19th until Saturday the 22nd of February