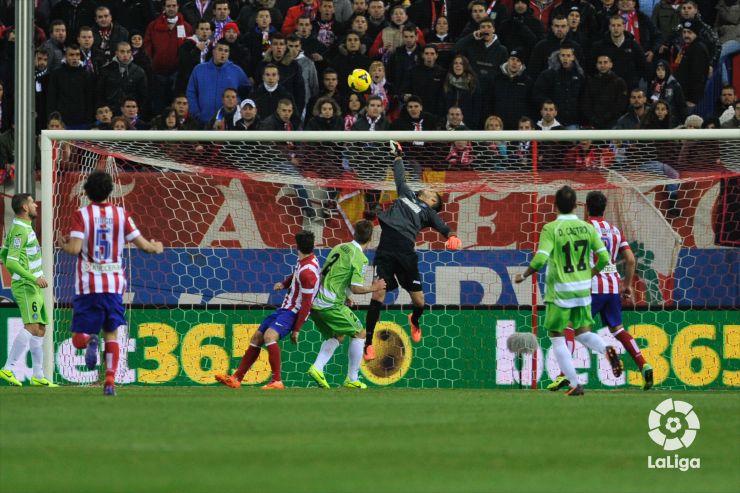 42 goals were scored in round 14 of Liga BBVA, where Atlético were the highest scorers with seven goals.

Club Atlético de Madrid were the top scorers with seven as they hammered Getafe CF, including a magical overhead kick from Diego Costa. Real Madrid won 0-5 away to UD Almería, whilst FC Barcelona, RCD Espanyol and Real Sociedad all scored four.

Sociedad's Carlos Vela was the top individual scorer, grabbing all four of his team's goals in their outstanding comeback against RC Celta de Vigo. The Mexican scored three in 19 minutes to give the victory to the Anoeta outfit.