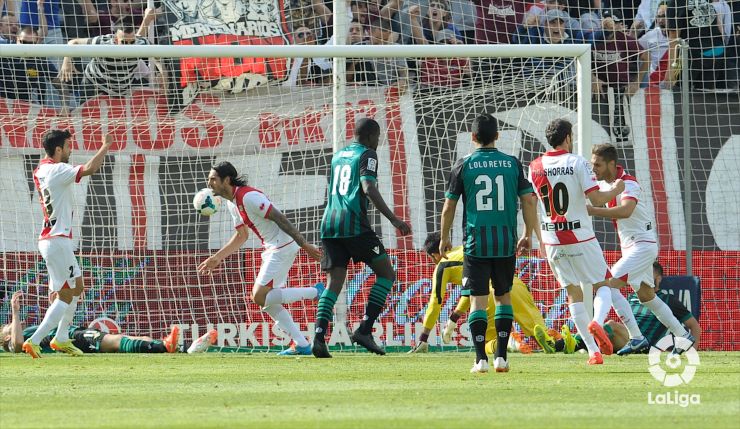 The goals rained in on a Sunday full of excitement

Barcelona came back from behind against Athletic, while Celta, Rayo and Sevilla took no prisoners in their respective pursuits of all three points.

Sunday's matchday 35 action in the Liga BBVA was full of goals. Celta Vigo, Rayo Vallecano, Sevilla and Barcelona all recorded important wins to move closer towards their respective aims.

The four goals scored by the Sky Blues against Almería (2-4) helped ensure that the Galician outfit moved towards the middle of the table, a position that will allow their fans to breathe easy. That’s not the case for the Andalusians, who now lie second from bottom after the defeat, just one point above Real Betis, who lost 3-1 to an in tune Rayo side. The Seville side has a very tough task on its hands if it is to remain in the Liga BBVA next season.

In the upper end of the table, Sevilla and Barcelona were the big winners of the day. The Andalusians enjoyed a convincing 4-0 victory over a Granada side that has yet to guarantee safety in the division. The win ensures that Sevilla stays hot on the heels of Athletic Club for the fourth Champions League spot.

The Basques, meanwhile, suffered a blow in their pursuit of a place in the elite European competition and, despite taking the lead in the Camp Nou, ended up losing 2-1. The Barcelona comeback, which was spearheaded by Pedro and Messi, means that the Catalans are still well and truly in the Liga BBVA title race.