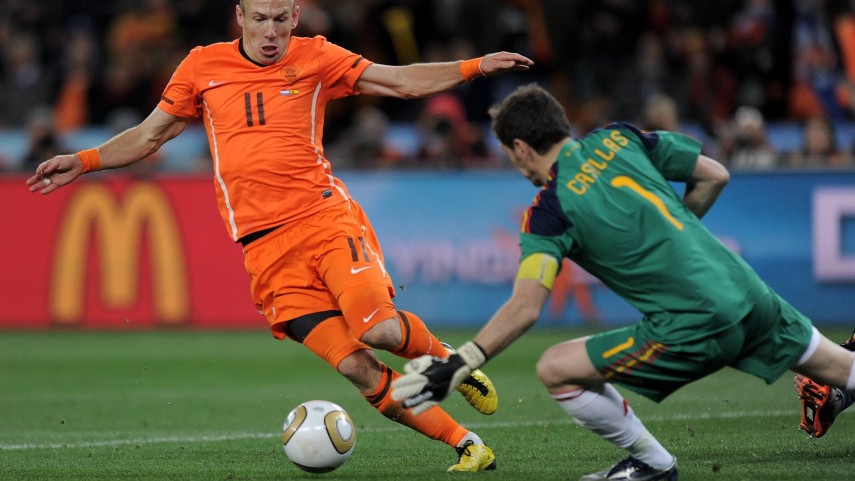 The first obstacle in the title defence

Spain make their World Cup return against a rejuvenated Dutch side that will be looking to stifle the reigning champions with a their strong defence.

The wait is over. This Friday (21:00 CET), Spain will begin their title defence four years on from beating the Netherlands (0-1) in the final of 2010 FIFA World Cup in South Africa. Vicente del Bosque's men will be up against the Dutch yet again when they get their Brazilian campaign underway.

Only eleven men can be selected to start in the Estádio Fonte Nova, in Salvador de Bahía, in search of having a second star embroidered on the jersey. They will be doing so in what looks like a tough but, ultimately intriguing fixture given the oppositions' good organisation and the question mark still looming over whether Diego Costa, Brazilian by birth, will finally make his competitive debut for the Spanish national team.

The captain, Iker Casillas, spoke clearly ahead of the game: "We have the status of favourites and we know that every team will be looking to beat Spain, but if we have ambition and desire, we can repeat history".

Only seven of the 23-man squad that was in Soccer City in Johannesburg on 14 July 2010 are still part of the 'orange' team. After a thoughtful rehaul of the old team by the current manager, Louis van Gaal, the 2010 runners-up will be looking for revenge and to claim the top spot in the group. In order to do so, they will play a defensive line up against Spain, as the van Gaal himself pointed out: "Spain's quality forces us to play with five defenders". The magic of the World Cup has already taking hold.