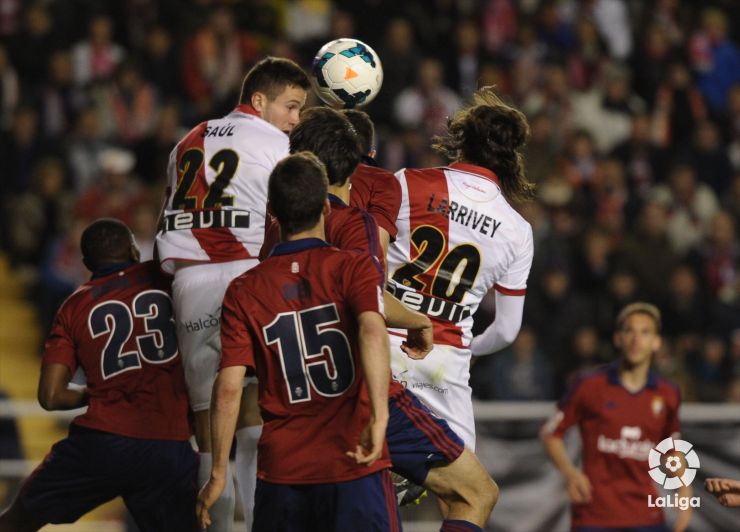 The fight for survival

The battle to stay up means for a Liga BBVA season-end like no other: nine sides in danger and multiple direct clashes.

The desire to stay in Liga BBVA can be seen in every round of matches, and more so in the nine weeks that are left of the competition, where nobody can afford to slip up. Real Betis Balompié, CA Osasuna, UD Almería, Real Valladolid CF, Getafe CF, Elche CF, Rayo Vallecano and even Málaga CF all know what this feeling is like.

None of these sides want to play in Liga Adelante next season, and will give their all to take the maximum amount of points available from here to the end. Many of them will have to do so in direct clashes, including in the next round of fixtures as Almería take on Osasuna, Elche play Getafe and Málaga host Granada.

The fight will become even more exciting in the last three games. The incentive will be there for Betis, who sit bottom on 22 points, eight behind their immediate rivals, and need to win all their games in order to stay up. A job that won’t be easy if we look at their run in: FC Barcelona, Sevilla FC and Real Sociedad de Fútbol to name but three. In the last four games they face direct rivals Almería, Valladolid, Rayo and Osasuna, which could turn the battle for survival on its head.

Almería and Getafe, who started off the season well, have fallen down the league in the last few months, but they still have time to save their seasons and allow their fans to celebrate survival. The passion and impetuous of their coaches will be key. They won’t meet each other, but they will take on direct rivals, with key fixtures sure to be Getafe-Málaga, Almería-Granada and Rayo-Getafe.

At the fortress that Valladolid have created, the Estadio José Zorrilla, they believe in their men. 22 points from 45 possible at home this season give them faith and impulse necessary to believe they can stay in Liga BBVA for at least another season.

Before the home stretch of the season there can be little doubt that this is the most even and exciting ending in the recent history of the championship. The rivalry and desire to win of the sides will ensure excitement and courage in the last few games of Liga BBVA.