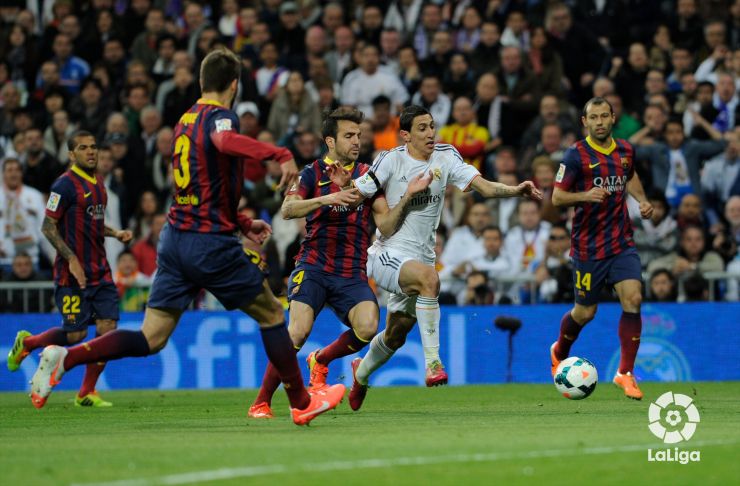 The cup final will be broadcast all around the world

More than 150 professionals, 24 cameras, 4 Mobile Units and 3 DSNGs will ensure the best possible transmission of the HD signal to every country in the world.

MEDIAPRO will broadcast the final of the Copa del Rey between FC Barcelona and Real Madrid CF, one of the most followed television events in the world. The signal will be broadcast in HD to every country on the planet.

In order to ensure the best transmission of a sports event that generates such expectations, there will be 150 professionals (producers, directors, technicians…), 4 mobile units, 3 DSNGs and 24 cameras in the Mestalla to ensure that the match reaches every corner of the world in the finest detail, guaranteed.

A total of 700 journalists and 200 media agencies from every continent have been accredited for the match. Media agencies from Europe, Africa, Argentina, Brazil, Chile, China, Mexico, Japan, the UAE, Australia and the USA will be in the Mestalla to cover the final of the Copa del Rey. In addition, there will be 30 television and radio commentator positions to cover the match live.

The clash will be broadcast around the world in HD and some of the biggest international channels have bought the rights to the match to offer it to their viewers. In Europe: Canal + Francia, Sky Sports (England), Mediaset (Italy), Sport1 (Holland), Sport TV (Portugal), DigiSport (Romania), among others; in Asia: beIN Sports Mena (Middle East), Madison (China) and Wowow (Japan); in America: ESPN (USA), Direct TV (South America) and Sky México; in Africa: SuperSport will cover the entire continent.

ESPN will be providing unprecedented coverage of the Copa del Rey final in the USA, where it will offer nearly 15 hours of content dedicated to the Barça¬-Madrid . Santiago Solari and Steve McManaman will be commentating on the match for ESPN.