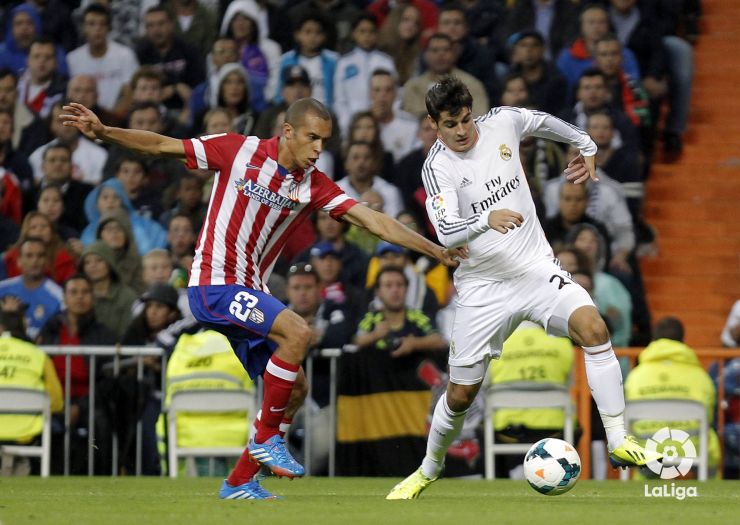 The Cup enters its final stages

Real Madrid vs. Atlético and Barcelona vs. Real Sociedad are the two hotly anticipated semi-final clashes in the Cup competition.

The Copa del Rey sees Real Madrid and Atlético Madrid go head-to-head again, eight months after last season’s final. This time the teams face each other in the penultimate round of the competition. The Cup action will also see Barcelona take on Real Sociedad. Four historically important Liga BBVA clubs fighting it out amongst themselves for a place in the grand final.

The Red and Whites come into this match as the Liga BBVA leaders and the defending champions of the Copa del Rey, having beaten the Whites in last season’s final on the 18th of May 2013. Diego Simeone’s men secured their passage to this stage of the competition after beating Athletic Club, and by doing so became the only away team to win in the Basque side’s new San Mamés. Things couldn’t be going any better for Atleti, apart from the injuries to David Villa and Filipe Luís, who will both miss this match.

Meanwhile, Real Madrid will be out for revenge and will make life difficult for their opponents. With pretty much a full squad to choose from, Carlo Ancelotti knows what the key is ahead of this semi-final clash. "It is very important that we don’t concede at home", the Italian coach declared.

In the other match, Barcelona will be looking to bounce back after losing their grip at the top of the league as a result of being beaten by Valencia (2-3) during the weekend’s Liga BBVA action. "After losing a game, the next match is always a good opportunity to make amends", the Catalan team’s coach, Gerardo Martino, stated.

They’ll be looking to redeem themselves in the Camp Nou against a Real Sociedad side that is also coming into the match on the back of a defeat, having lost 4-0 to Atlético. Jagoba Arrasate has called up the Basque side’s recent signing, Sergio Canales.