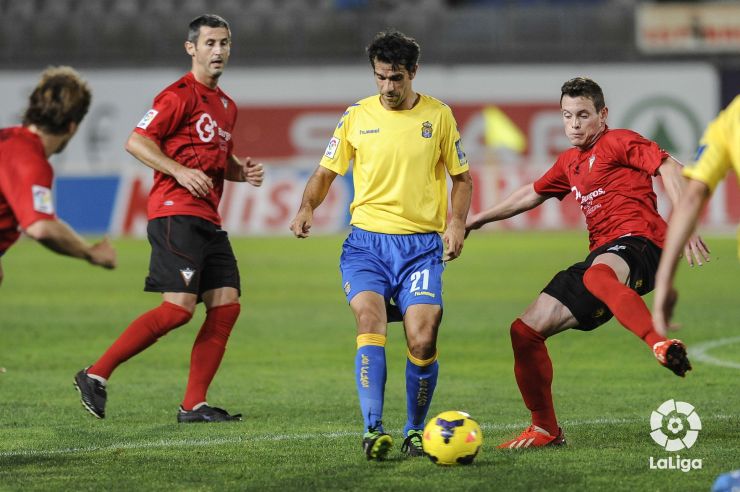 The Canarian Derby is back

After two years without playing each other in Liga Adelante, Tenerife and Las Palmas will go head to head in the 17th round of the competition.

The Estadio Heliodoro Rodríguez López will play host to CF Tenerife against UD Las Palmas in the 17th round of Liga Adelante, two years since the sides last met in the competition. The side from Gran Canaria sit in fourth place, level on points with third place CD Lugo.

The last time the two Canary Island sides faced off was in 2010/11, when they played out a draw in the 21st round of fixtures. Juan 'Melli' Andreu scored for Tenerife, whilst Mauro Quiroga was on target for the Gran Canaria side.

Only four players who played in that game remain at the clubs, two from each side, and they will repeat the tie on Wednesday in Liga Adelante. Sergio Aragoneses and Mariano Barbosa continue in between the sticks for Tenerife and Las Palmas respectively, whilst Ricardo León and Aythami Álvarez each played the 90 minutes for their sides in 2011.

This match will also have a special edge: the debut of Juan Carlos Valerón in a Canarian Derby. The 38 year-old said he was happy to be able to enjoy such a game: “it’s very special following so many years as a footballer”. He certainly knows what it takes to go to Tenerife’s stadium and come away with the three points, having done so during his time at RCD Mallorca and RC Deportivo de La Coruña.

In his second spell with the Yellows, Valerón continues to write himself into Spanish football history, having scoring a brace for the first time in his career in the 3-1 win of CD Mirandés in the 14th round of matches this season.

For their part, Tenerife have not lost in their last six meetings with their local rivals at the Heliodoro Rodríguez López, and they will look to carry on their run of good form against Las Palmas in the next chapter of the Canarian Derby.