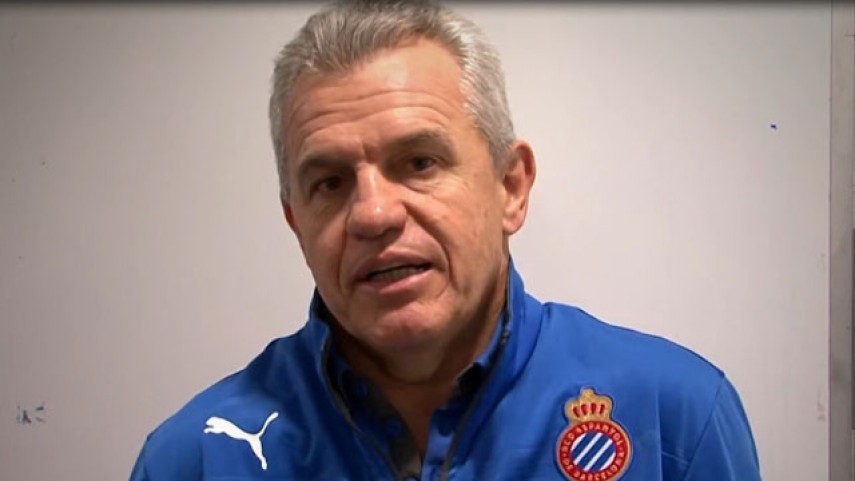 "The best strategy? Fill the Bernabéu and give a charitable example"

Javier Aguirre, the manager of the West team in the 'Champions for Life' match, shares his perfect tactics ahead of Monday’s game.

Follow the countdown to the see the best players from the Liga BBVA and the Liga Adelante meet in the Santiago Bernabéu on Monday the 30th of December. The reason? To take part in the most important game of the year: 'Champions for Life'.

Javier Aguirre, the RCD Espanyol manager, will be taking charge of the West team. With just a few days to go until the charity match, the Mexican is very clear on what the best strategy is for the encounter: "Fill the Bernabéu and give a charitable example".

"There is only one possible tactic: to show ourselves that we can make the world a better place where everyone is equal. I am 'Champions for Life' because football has shown me that anything is possible with teamwork and compassion", he declares.

He will be taking charge of players like Carlos Vela (Real Sociedad), Manuel Arana (RC Recreativo de Huelva), Pedro León (Getafe CF), Manuel Pablo (Deportivo de La Coruña), Ivan Rakitić (Sevilla FC) and Raúl García (Club Atlético de Madrid) among others, as they take on other star players togging out for the East team, who will be under the stewardship of Rayo Vallecano’s Paco Jémez.

CLICK HERE FOR TICKET INFORMATION FOR THE 'CHAMPIONS FOR LIFE' GAME