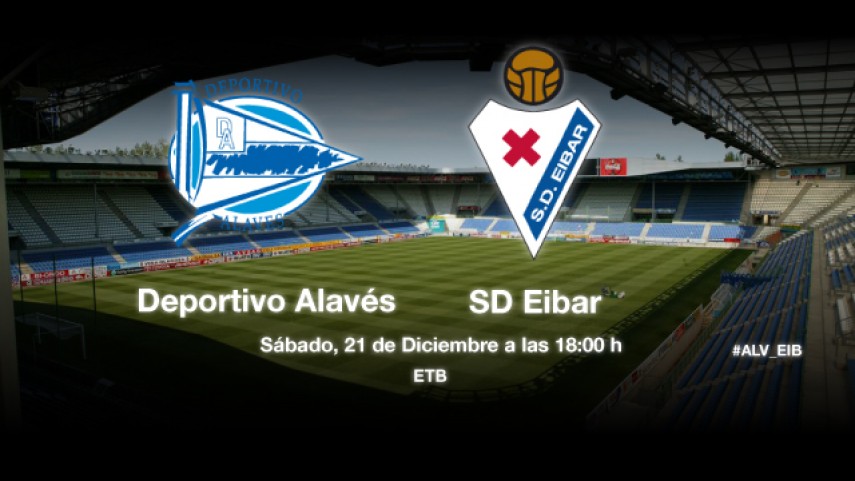 The Basque derby returns to the Liga Adelante

Alavés and Eibar are to square up for the first time in two years, after the team from Vitoria's return to the Liga Adelante.

The Basque derby between Deportivo Alavés and SD Eibar is back after a four-year absence. The Liga Adelante matchday-nineteen clash takes place in the Estadio de Mendizorroza on Saturday at 18:00.

The team from Vitoria currently lie in twenty-first place in the table and they come into the match having beaten CD Lugo 2-1 at home. Juan Carlos Mandiá's men have sealed their first three points since he took charge. For his second consecutive match in front of the home fans, the Galician manager will be without his striker Gorka Laborda, who has a knee problem, while the availability of defender Pepe Mora and midfielder Emilio Sánchez will not be certain until the last minute.

Eibar's manager, Gaizka Garitano, comes into the derby with the high confidence that comes from defeating RC Deportivo de La Coruña (2-1) and occupying fourth place in the Liga Adelante. His team will arrive at the Mendizorroza with a full arsenal of players.