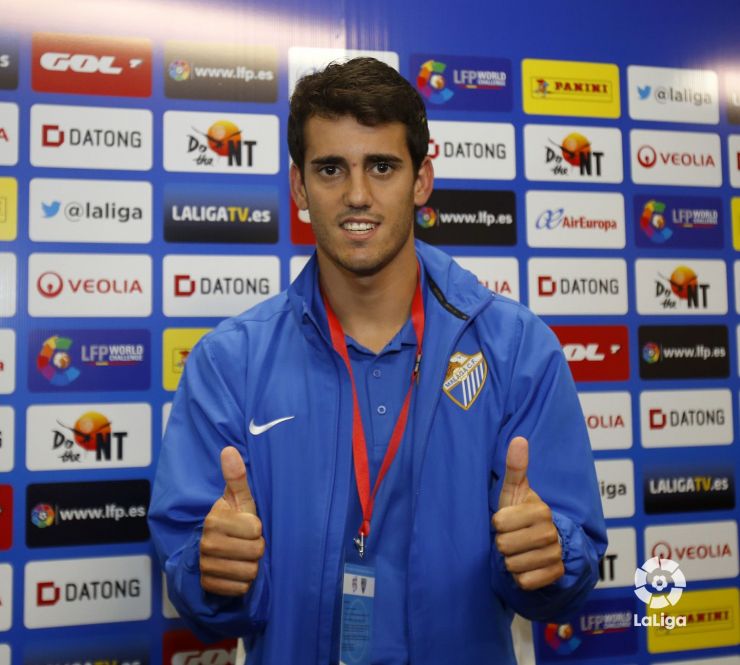 "The atmosphere was spectacular"

Juanmi, who scored two goals in Málaga’s 1-5 thrashing of Adelaide United in the first match of the LFP World Challenge Tour in Australia, was delighted with his experience in the capital of South Australia.

If one player stood out in the 1-5 thumping Málaga CF dealt out to Adelaide United FC in the first match of the LFP World Challenge Tour in Australia it was Juanmi. The player from Coín did not start but he scored two goals in the second half, making a big claim for a spot on Javi Gracia’s team-sheet.

After the match, the attacking midfielder spoke exclusively to LaLigaTV, and made it very clear that both he and the team have to keep working in order to get off to a good start in La Liga. "I would say it was very positive. First match, first victory. The team has been quite professional and done things properly, which is what the boss asked of us. I think we have to keep growing and working hard day to day to go into the first match of La Liga as prepared as possible".

In addition, Juanmi showed his confidence in the new manager. "We’re very comfortable with Gracia, he is a very communicative coach. The team is very committed and excited for the Liga to kick off".

He also wanted to take the opportunity to praise the Second LFP World Challenge Tour. "I am very proud to take Spanish football around the world. The trip to Australia is a positive experience, but I think the important thing is for the team to keep growing day by day".

Finally, the skilful striker from Malaga spoke of his delight at the atmosphere in the impressive Oval Stadium in Adelaide, where 23,254 spectators turned out to watch the match "The atmosphere was spectacular, the stadium is impressive… It is a wonderful experience in another country and it is important that the team won and we can take positives out of it", concluded Juanmi.