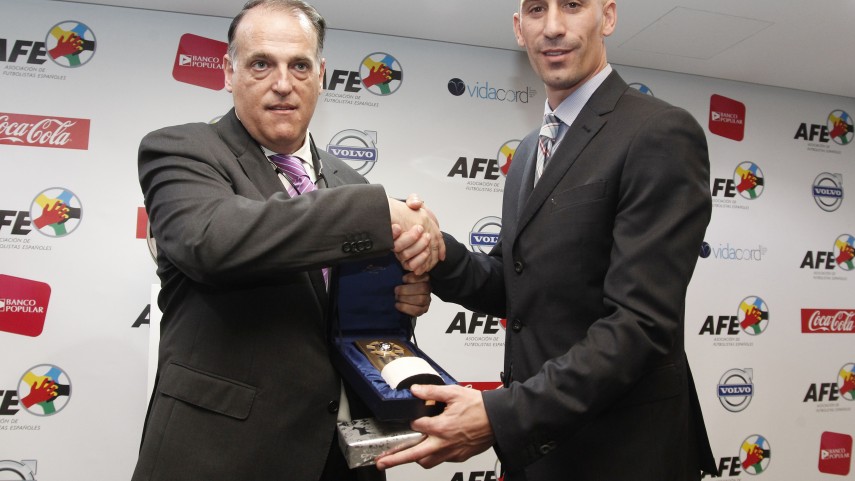 The AFE shows its support for the 'Champions for Life' match

The association presided by Luis Rubiales has also joined the cause for the match organised by the LFP and UNICEF.

The 'Champions for Life' match, which is organised by the Liga de Fútbol Profesional together with UNICEF, continues to gain support, and now it is the turn of the Asociación de Futbolistas Españoles (AFE), who wanted to show their support for the good cause through a statement.

The president of the association, Luis Manuel Rubiales, highlighted the "charity status of the match" and spoke of the altruistic and selfish contributions which have also come from the players, "from the biggest stars to the lesser-known ones, who are very committed to helping collect as much money as possible to help the families in the Philippines who need it so much at the moment. I truly hope that all the fans enjoy a great sporting spectacle".

Besides being a charity event, 'Champions for Life' is a display of football in which Spain's best professional footballers will take part, including Carlos Vela and Iñigo Martínez (Real Sociedad de Fútbol), Suso and Rodri (UD Almería) and Juan Carlos Valerón (UD Las Palmas). The event consists of a match between two Liga de Fútbol Profesional teams, the East versus the West, in which all clubs in the Liga BBVA and Liga Adelante will be represented.