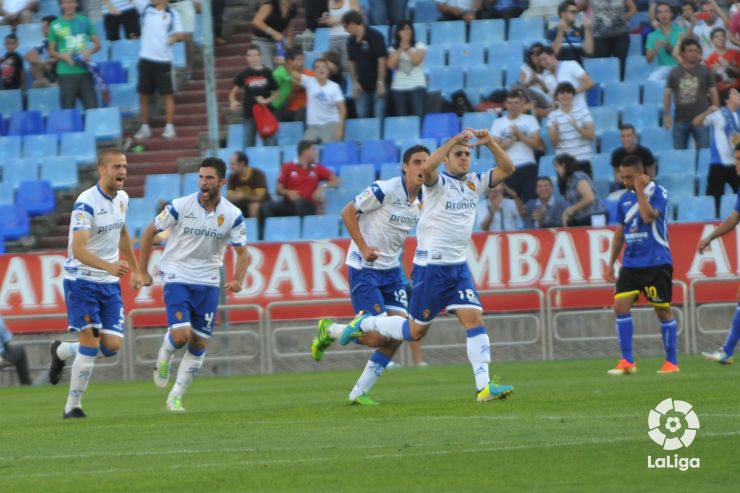 The Canary Island side picked up its first win of the Liga Adelante season against Castilla, two years after the club’s last victory in the division.

Fans in the Heliodoro Rodríguez López stadium witnessed CD Tenerife's first win of the seven-matchday-old Liga Adelante season, with the home side recording a 1-0 win over Real Madrid Castilla.

The team's last win in the Spanish second division came back on the 21st of May 2011, when it beat Albacete 2-1 on matchday 40 of the 2010/11 season. After two years spent in the third division and a difficult start to the current campaign, which is still a work in progress, Tenerife finally picked up its first win of the season thanks to a goal from youth team product, Ayoze Pérez.

The Canary Island side's manager, Álvaro Cervera, expressed his joy after the final whistle: "I’m delighted. My first feeling is of satisfaction and relief after taking all three points, but later on I’ll have to analyse everything and look at what needs to be improved. We are relieved to have won. Tenerife will build on this".

Now the team will be hoping to build on this result, a sentiment confirmed by the hero of the day, Pérez: "Winning gives us lots of confidence and we hope this will push us on so we can start climbing up the league table. We’re a lot happier now". With this new-found happiness, Tenerife will be looking to get its first win away from home, when it comes up against league leader RC Recreativo de Huelva on Sunday the 6th of October.